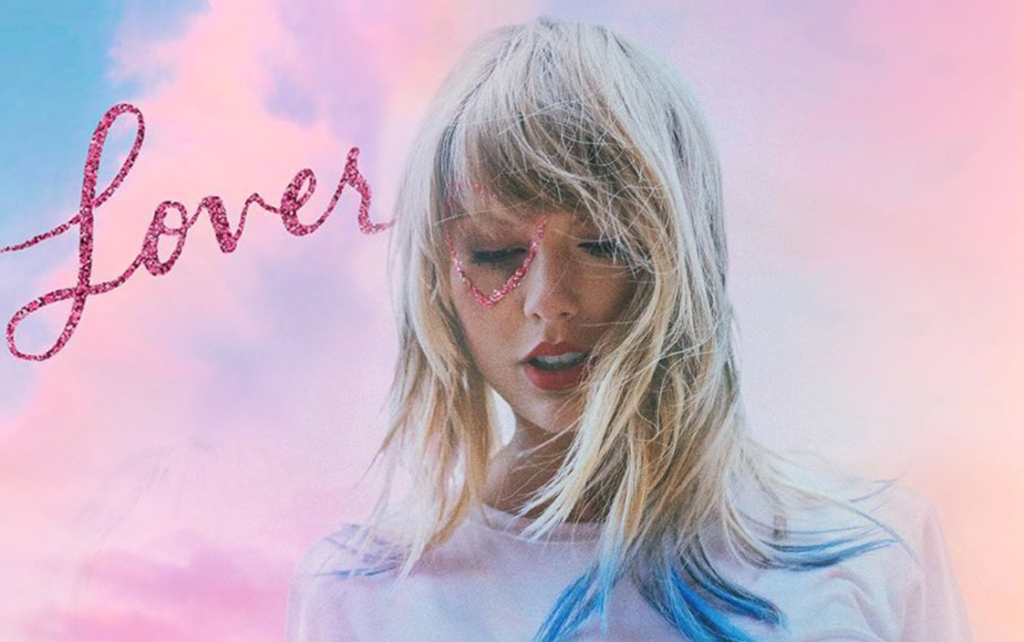 Taylor Swift’s album Lover was released on August 23, 2019, and has made a sparkling yet powerful addition to her discography. Discovering different forms of love, it is considered one of her most consistent and stylistic albums. Swift manages to tame her album’s theme: love.

Swift’s Lover completely clashes with her previous album Reputation. Acting as a foil to her previous work, it is considered Swift’s most romantic album out of the seven she has released in her musical career.

Her last work focused on dark themes surrounding raw emotions and bubbling scandals she faced during that period. With a complete 180°, Swift shines a spotlight on softer but vibrant feelings that not only talk about romantic love but also love towards others.

The first single she released was “ME!” featuring Brendon Urie of Panic! At the Disco. The pastels in the music video establish a vivid and perky mood throughout the whole production. The lovable and sweet tone sets a potential sneak peek of the concept for this album.

The next music video released was “You Need to Calm Down” which demonstrated strong LGBTQ+ morals and shut down homophobic values. It featured inspirational LGBTQ+ celebrities and figures all throughout the video and came out during June which is considered Pride Month. Swift proved that someone does not need to be part of the LGBTQ+ community but support it. At the end of the music video, she created a petition called the Equality Act and encouraged all viewers to sign it.

Not every song on this album is completely positive. “Afterglow” is proof of that. Similar to “Getaway Car” and “Back to December” (from Swift’s previous works), this song exemplifies a more bittersweet take in a relationship. It shows remorse and regrets after a misunderstanding ensues between the pair in the song, as Swift sings she takes the blame and for her other partner to “meet [her] in the afterglow”.  “Miss Americana and the Heartbreak Prince” has two meanings. Using high school imagery, Swift uncovers her current distaste toward American politics.

Another song with a powerful message is “The Man”. This song combats all misogynist and sexist problems Swift has had to face during her career. The upbeat and hyped tune in this song is considered ironic as Swift confesses she “wonders if [she] would get there quicker if [she] was a man”. This ties in with the double standards she has had to face in the music industry.

A recent issue was the feud she had with Scooter Braun which occurred back in the summer. Due to his $300 million purchase of Big Machine, Swift’s previous label. She expressed distress about the fact that he owns her music now. However, Swift confirmed she will be re-recording all of her previous songs in 2020, making fans look forward to the future.

Something to note is how Swift uses blue and is a prominent color throughout certain tracks. It is used for two reasons: to show both happiness and sadness within a person. Consistently mentioned, blue could potentially signify how although red is the typical color to symbolize love, blue should also be associated with it. Breaking this archetype, it reminds listeners that red is not the hottest part of the flame, it is blue.

Swift delivered a cohesive and loveable album filled with cheery and mellow songs that display her vulnerability. Lover shows and proves all the transitions and changes Swift has gone through and how she clashes her previous self. Unexpected and lively, Swift is able to compose tracks that show her love towards herself and others surrounding her.