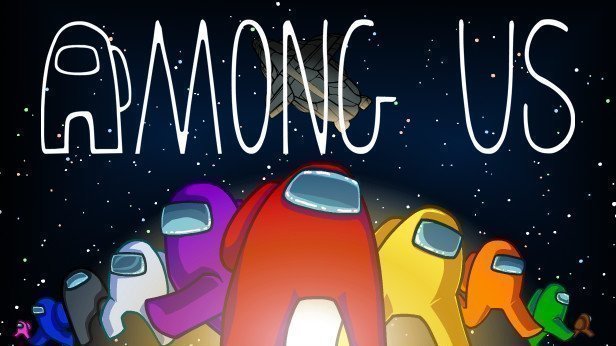 The 2018 online social deduction game Among Us, made by the Washington based indie gaming development company, InnerSloth, has become internet famous. It’s even managed to become one of the most popular games of the summer of 2020.

Among Us is readily available to download on iOS and Android devices, as well as PCs, Windows, and Mac systems. It has skyrocketed in the most downloaded game charts and is the #1 downloaded game on STEAM, the Apple Store, and the Google Play Store for an impressive amount of time.

In fact, what people do not know about this particular game, is that as previously mentioned, it was released 2 years ago. This once sought-after game that made a unique twist in the long-running genre of Mafia games, has now seen a surge in popularity and has firmly imprinted itself into the landscape of mainstream gaming.

The objective of this game is to seek out the killer in a group of maximum 10 players through the use of clues, communication, and surveillance. As a crewmate, one must go around the setting of the spaceship completing tasks to keep it afloat, as well as to pay close attention to one’s surroundings in order to correctly guess the identity of the imposter. On the flip side, the job of the imposter is to deceive and as a result gain the trust of the crewmates, by faking tasks, and prove their innocence in many different ways. While also managing to sabotage the ship, and completing their intended purpose of killing everyone aboard.

An advantage imposters are given in terms of movement is the ability to vent, transporting them into other rooms of the map, and therefore eliminate them from any area of conflict. It also helps them achieve their goal of not having crewmates suspect them, and as result get caught for it.

This game has been said to have taken the spot of Monopoly as the game that tears apart families and friendships, and rightfully so. As discussions and hard-thought decisions players have to make in emergency meetings, or the ones that are called when a dead body is reported, are easily the most intense part of the game.

As one really diligent, and well constructed plan by the imposter can be countered by a clever, sharp-witted read made by a crewmate. This leaves the other people caught in the middle to make tough decisions and consequently, being left with a tough choice on which side to be on, as well as who to vote out of the ship.

It is that push and pull factor in the game that makes it so interesting, and even engrossing. As there is a wide variety of strategies and different routes or ways to go to be able to achieve a victory.

The rush of adrenaline that kicks in when a gamble is taken in this game works as well as the sense of joy that one gets when it does pay off, or in turn the sense of dread and regret for making one wrong move shows that Among Us commands such strong emotions out of the player that is comparable to only an exclusive group of top games right now. It also makes it rank as one of the top renditions of a Mafia game of all time.

Credit must also be given to company InnerSloth, who saw their rapid success and did not take it for granted, nor did they settle. In terms of this game, it is clear that there has been a lot of effort put in by the company. InnerSloth announced that Among Us 2 is currently in development.

The amount of maps and accessories available as well as the overall aesthetic of the game has increased since launch date. It is also very clear that the developers of the game constantly stay up to date with the game and their community, as consistent fixes to bugs previously seen in the game have been fixed by them.

Another notable feature of the game is how customizable it can be. There are no set rules, and hosts of games can control how many imposters there can be, with the limit being 3. The host can also control how many tasks the crew will do, which are separately classified as to whether they are long or short. These changes can create substantial differences to the game and how the players respond to them.

The numeral alterations of the game does not stop there. There are other trivial and smaller changes that can also be made by the host such as the speed in which the players travel the killer cooldown (how much time the imposter has to wait before they have the function to kill again). Though they seem less important than the others, these adjustments to the game can also have an impact on it, and change the dynamic of the game as well.

In the short time that it has taken Among Us to rise in popularity, it is safe to say that it has left a grand impact on fans, and even casual players of the game. It has become the poster boy in the once not so popular genre of Mafia and mystery games. Even managing to introduce the concept of Mafia games and catapult overall interest in it. As well as with the rise of other independently developed games such as Fall Guys in 2020 have helped draw curiosity to try out more games made by smaller-scale corporations.

Among Us is the classic example of an underdog. Something that did not rise to fame immediately and was released with little to no hype. Even with these presented circumstances, the developers worked extremely hard, constantly finding ways to improve the experience for their slowly increasing fanbase. This is a narrative that is seen now in 2020 more than ever, and here is hoping that soon we will be presented with another previously sought after game that manages to strike lightning in a bottle and becomes a success story.