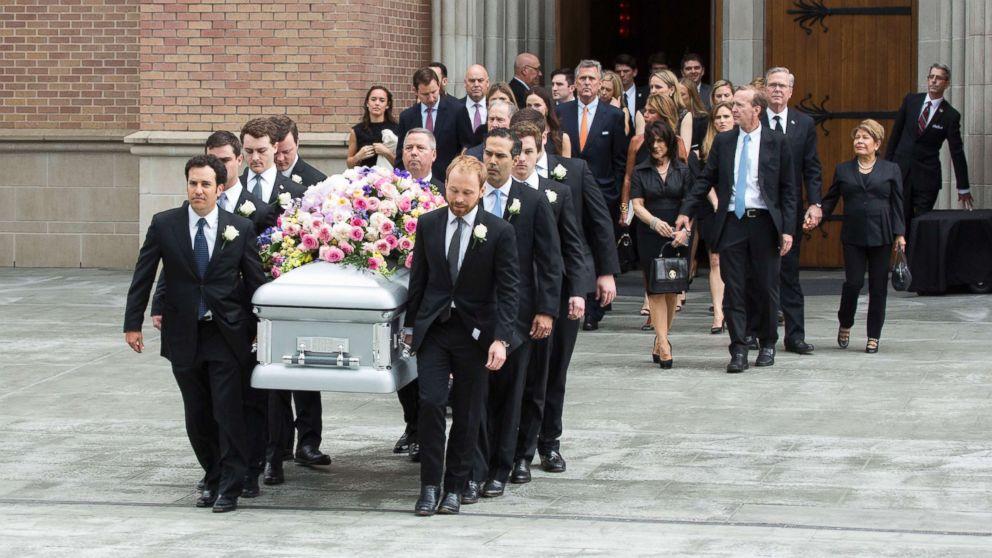 On April 17th, 2018, the beloved first lady, Barbara Bush, passed away due to health conditions. While this has brought tears and sadness to not only her family but to millions of people who simply knew her as a kind and caring person. Following the passing of this first lady, a beautiful funeral service was held on April 21st, in which 1,500 guests not only mourned the loss of a lovely person but also celebrated the long life she lived and her many feats.

Not only was the late Mrs. Bush known for her important role in the lives of two of America’s presidents, but she has also been given the title of  ‘The Greatest First Lady of the Generation’, a beautiful term awarded to her by ABC news. At her funeral service, while many were still mourning the death of such an impactful person, they celebrated her wit, her sharpness, the love she held near and dear to her, but also the beautiful mother and wife she was. During Gov. Jeb Bush’s speech about his beloved mother, he states that she was beautiful until the day she passed.

Rather than wallowing in sadness over the loss of the late Barbara Bush, they celebrated the qualities that defined her, made her the loving mother, and the caring wife that she was.

This modest first lady, as described by numerous people who knew her, was laid to rest in Houston, Texas at the Episcopal Church, where she had been a member for 50 years.

While the passing of a modest, caring, love and wise person saddens many, her memory will live on as a positive thought of what was rather than what could’ve been. Her life will be remembered as a full one without a single dull moment.