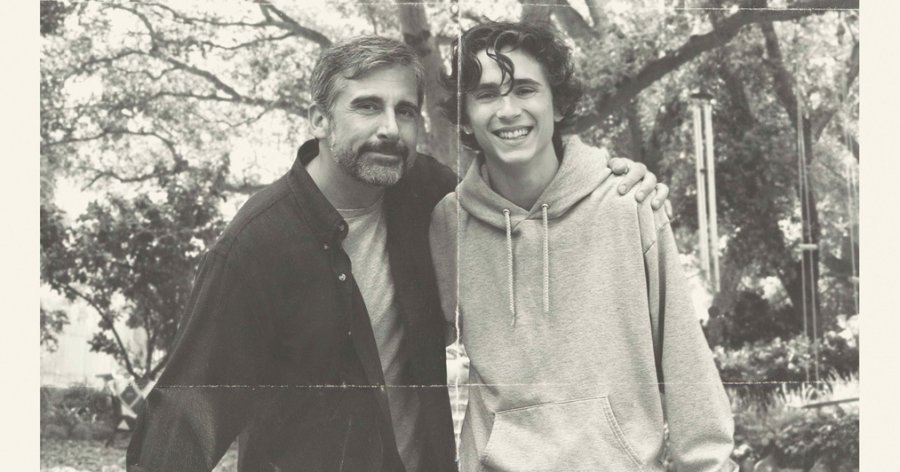 Beautiful Boy, based on the memoirs by Nic and David Sheff, is a gripping story about the fragility of a family while their son, Nic, undergoes a dangerous crystal meth addiction. David Sheff, played by comedy titan, Steve Carrell, depicts the lengths a father will go to protect his son. Nic Sheff (Timothée Chalamet) is a deeply sensitive, intelligent teenager who you can’t help but root for; Chalamet has a viselike grasp of the emotional core of his character. Beautiful Boy shows the spiraling of Nic into the throes of addiction, bringing the audience along for the ride; the film was produced by Plan B Entertainment, who in the past have produced similarly emotionally jarring films, like Moonlight and 12 Years A Slave.

Set in the San Francisco Bay Area, the film shows the home life of the Sheffs, who have a ‘hands-off’ parenting style. It’s evident that Nic’s life has been one of privilege up until this point. Breakout star Timothée Chalamet depicts an authentic and sincere portrayal with subtle nuances, that at times shadows experienced actor, Steve Carrell.

While the movie is grueling and heavy-hearted, it handles the taboo subject with ease. Beautiful Boy is Belgian director Felix Van Groening’s English-language film debut, however, the content in the movie is not out of character for Groening; his filmography is riddled with themes of drug abuse. In an interview with the Washington Post, Van Groening revealed that he’s drawn to such storylines because of his childhood, in which he grew up in his dad’s bar and witnessed the effects of addiction firsthand. Van Groening wanted to stay true to Nic’s story, “getting the details right felt important, and so my bibles were the memoirs.” In the same interview, Groening emphasized his vision for the film to be “an experience but not a cliché”, his technique was rather than the typical visual effects alluding to being high, he used sound; this motif rang true throughout the film despite for one exception, Nic’s journal.

His journal was the sole visual representation to his transcendence into addiction, clad with disturbing doodles and invasively personal inner monologue. Moments in the film felt hard to watch while simultaneously just as hard to look away. The most excruciating parts are the relapses; Nic goes on to have 5 relapses, all shown in the film, each one more frustrating than the last. Van Groening took an interesting approach in the structure of the film, as the juxtaposition of the scenes were nonlinear, allowing the audience to reflect on more lighthearted moments in Nic’s life, before inevitably seeing the striking contrast with his forlorn present-day.

Some key takeaways are the story’s powerful underlying message and the unique musical references, which include anything from Nirvana and David Bowie to classical pieces. The real-life father and son have a connection through music, they even go as far as saying it’s their “language”. Most of the songs were placed post-production, as the editor urged Van Groening to get rid of the score.

Van Groening expertly brought a drug addiction story to life without cheapening the rich, intrinsically complex storyline. Rather than glamorizing meth use, he shows the harsh reality of addiction, as we follow Nic through the highs and lows of it. The film successfully solidifies the rhetoric that addiction does not discriminate and demonstrates the limits of paternal love. Beautiful Boy resonates with viewers on a personal level, making it a must-see movie of 2018.