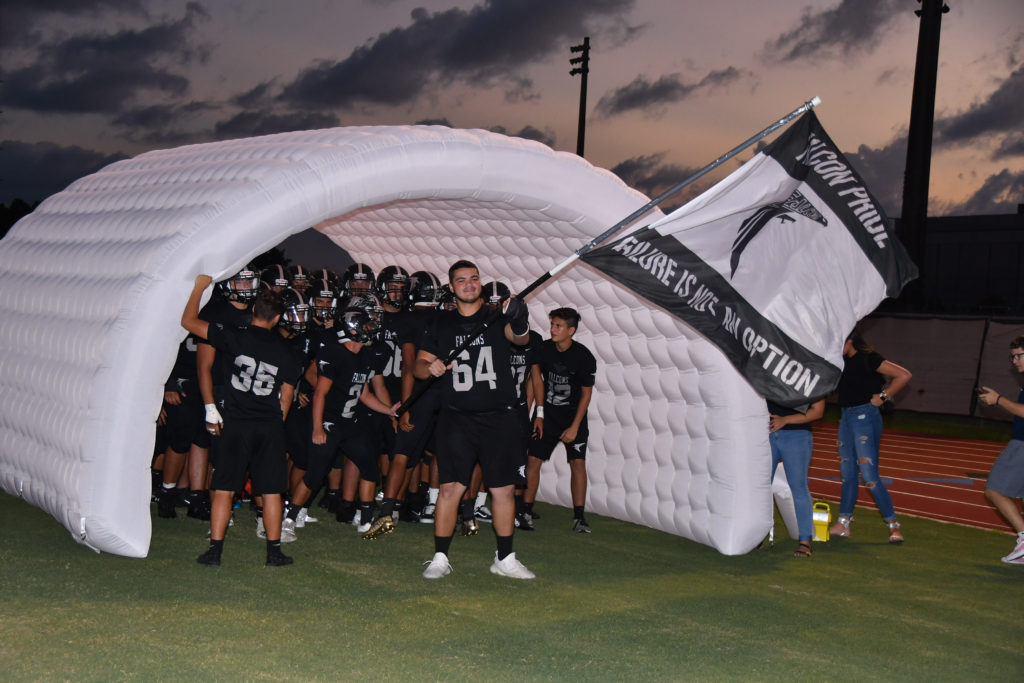 The 2019 season has come to an end for the Falcons, they finish the year with a 3-7 record. Their record does not reflect the fight these Falcons put up all year. 4 of there 7 losses ended in a one score possession, this team was in constant close games keeping up with every team. When the Falcons won, they were 3 deciding victories with no close score.

I interviewed Coach Chew and when asked him about this past year, he had this to say, “This past year was a good one these boys put up a ton of fight in every game and I am extremely proud of them.”

The Falcons will lose a lot of seniors however they have much to look forward too, this team is a young one with a lot of up and coming freshman and sophomores. They will have a 2nd year quarterback in Tristian Carrodo and on the defense, they will have Gabriel Falber at the linebacker position and on the defensive line they will get soon to be junior Javier Cifuentes coming back.

There are several more players who will look to make a name for themselves in the upcoming 2020 season. Upcoming senior Hector Siles looks to make another big leap as he comes off a big year where he played all three ways.

This 2019 year has been a solid year for development, expect to see some big things in 2020 and remember Go Falcons!