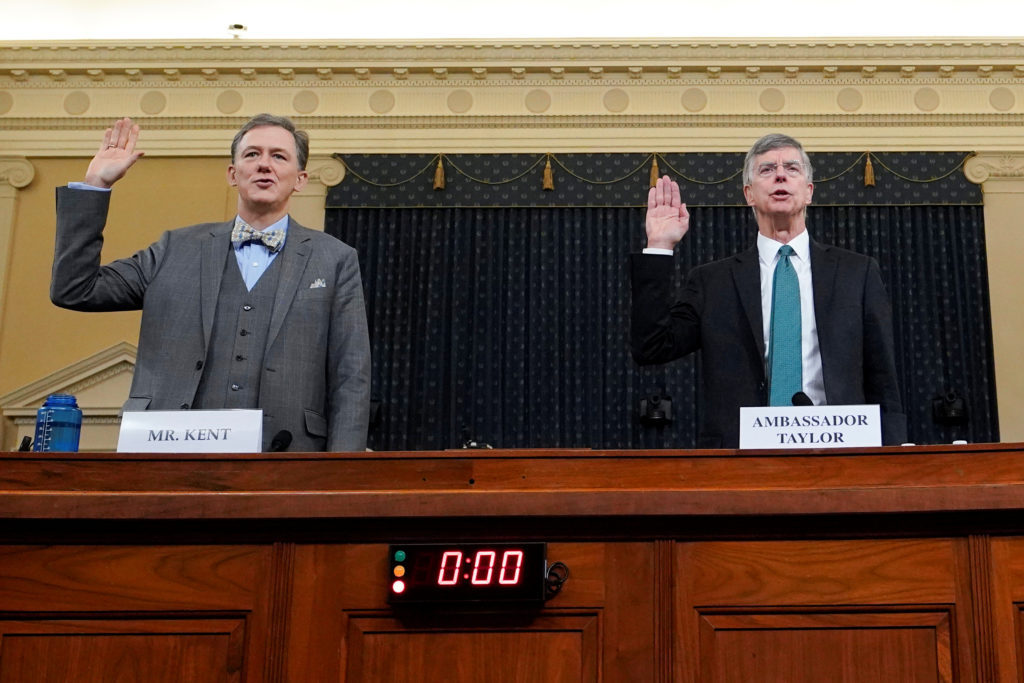 Amidst the drama on Capitol Hill, House Democrats have shown their iron fist by voting to formally proceed with the impeachment inquiry, putting their investigations and hearings full force into the next phase. The US House Voted 232-196 on the matter, keeping the GOP and the Trump Administration worried about what comes next. This Wednesday, November 13th, will be the first of many public hearings coming out to dispute the infamous Ukraine/Trump scandal that ignited the inquiry in the first place.

Three officials who have previously handled US policy in Ukraine will be appearing before the big screen: William Taylor a top diplomat for Ukraine, George Kent a deputy assistant secretary of state for European and Eurasian affairs, and Marie Yovanovitch a former US Ambassador to Ukraine. All of them have been interviewed behind closed doors and this will be their first time testifying publicly. They will all be providing the house truthful insight on the situation and can give congressmen and the public some clarity,  letting the American people come to their own conclusions.

The hearing will be held at 10 AM EST, and can be seen on the C-SPAN website and will also be streamed on their youtube channel for the world to watch.