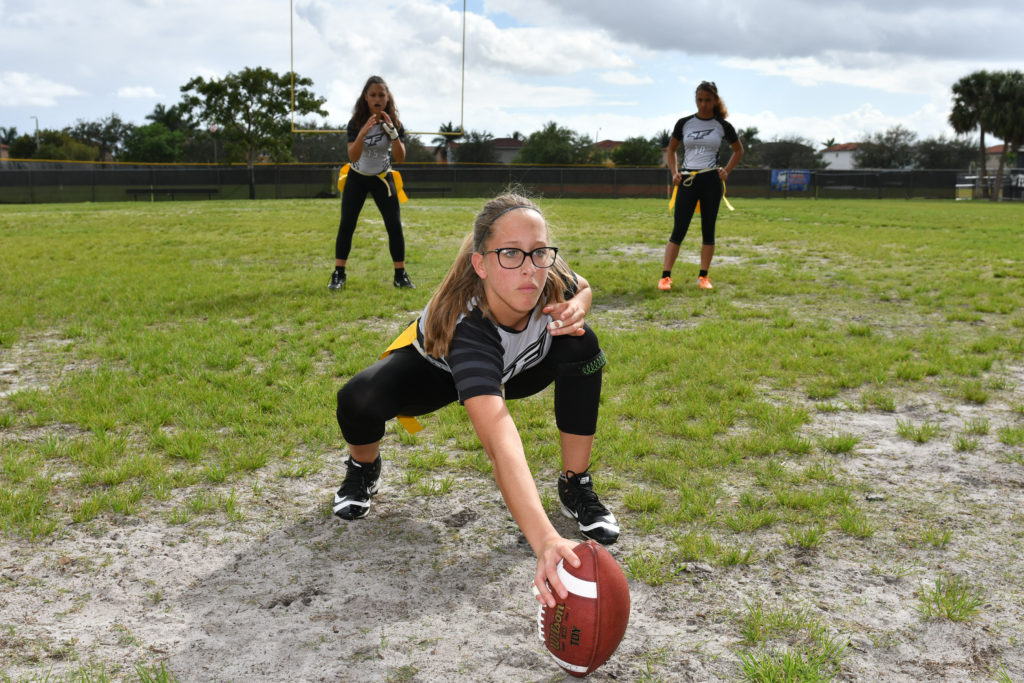 The Lady Falcons have had a good 3-0 start on the season. They opened the season against Varela, with a 19-0 route then they followed up that performance with a 25-0 victory against Southwest. On March 9th, the Lady Falcons took down the Barracudas in a down to the wire 14-12 victory. When speaking with head flag football coach, Coach Malkin, he had much to say about his team’s impressive start, “With the year we are facing I think the girls have come a long way and I am super proud of all the girls in taking on the role they have. I have no complaints.” The Lady Falcons press onward with many upcoming games John A. Ferguson SHS know they will succeed in. Go Falcons!