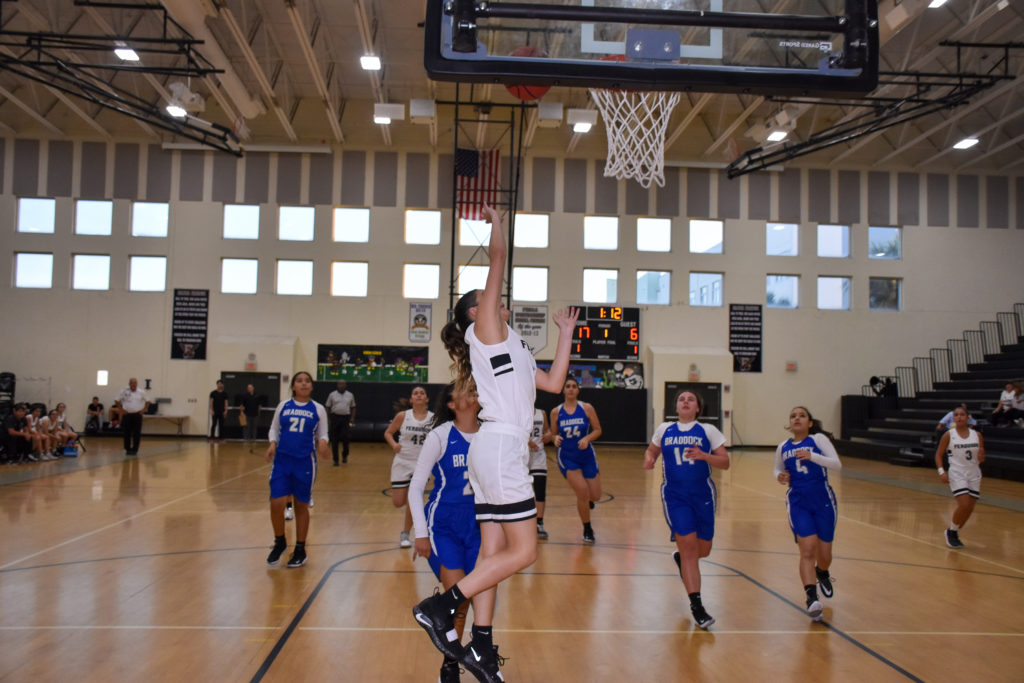 The Ferguson Girls Basketball team have played 11 games this year with a record of 7-4 with 7 wins, and 4 losses. They played against Coral Reef on December 8th who they beat by a score of 45-26. Two days after, on December 10th, they played Sports Leadership and Management and lost 46-20. They played Palmetto on December 15th and lost 50-29. Their first game of 2021 was on the 5th of January against Braddock, winning 54-24. The team played South Dade on January 7th and won 40-37. They played Braddock again the following day and won once again 52-19. The team played Carrollton School of the Sacred Heart on January 11th but sadly lost 47-37. Then on their final four games they played Coral Reef again (1/12) 62-33, Varela (1/14) and beat Varela 56-18. They played Southridge (1/29) and beat them 56-49, and finally they wrap up against Braddock (2/3) for a third time in a playoff game and lost 46-48. They had a great year going 7-4. We are all excited to see what the lady Falcons can do next year. We hope by next year we can see all the great fans back.