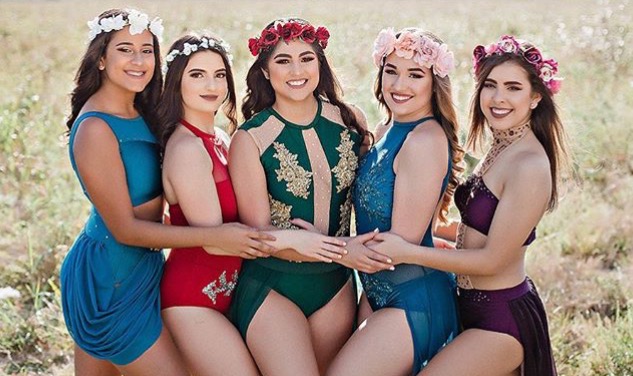 For the second night in a row, Ferguson dancers from different classes and the Fusion Dance Troupe stunned audiences with skilled performances during their spring showcase entitled “Hearts Like Wildflowers.”

On April 26 Ferguson’s dancers taught by Ms. Wexler took the stage to perform a variety of choreographed dances ranging from large group numbers to solos in everything from contemporary dance to hip-hop. The auditorium was full to the balcony with plenty of students, family members, friends, and staff who attended the big performance. Nearly three months in the making, this show was a beautiful end to the year for all the dancers involved.

In a touching tribute to the students of Marjory Stoneman Douglas Senior High School, the IB dancers performed to a song by Lin-Manuel Miranda and Ben Platt which was released as a charity single for the March For Our Lives organization. The dancers wore orange ribbons on their white blouses in solidarity and delivered an emotional performance.

This was supported by the Psychology Honours Society which was collecting funds for Stoneman Douglas throughout the night. Another standout moment was the closing dance of the show where select dancers along with all 2018 senior dancers took their final bow on Ferguson’s stage.

One special touch was the inclusion of student films in the show. Fourteen students had films that were featured between dances and the audience enjoyed the feature that made the showcase that much more unique.

Overall, the show conveyed a very positive message with exceptional dances performed by students from different levels of the dance programs. The creativity of the show with props, costumes, and student films tied everything together for a lovely closing evening.