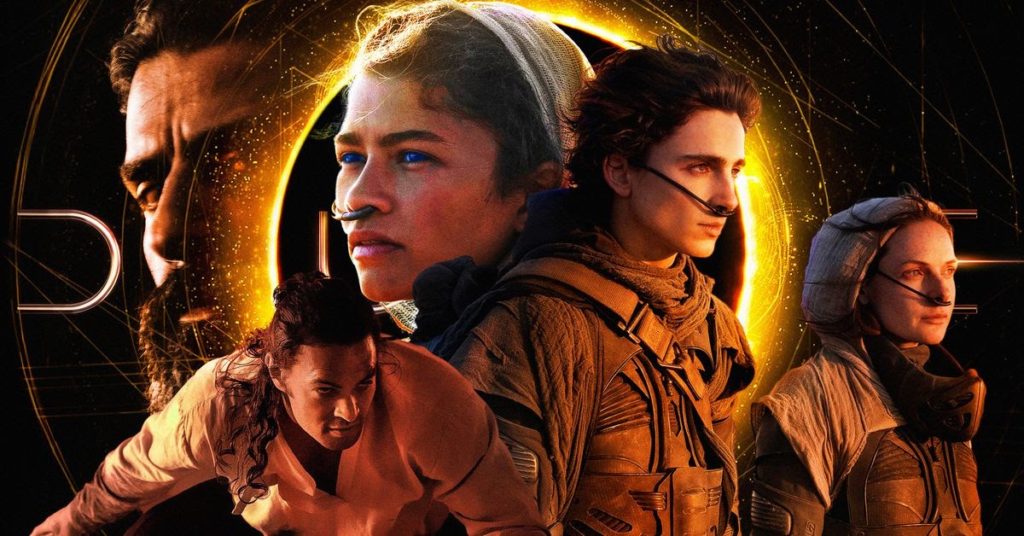 Dune (2020) is one of the most anticipated films of the year. Frank Herbert’s renowned book, written in 1965, returns to the big screen, this time at the hands of Denis Villeneuve. Co-stars Timothée Chalamet (Call Me By Your Name and Little Women) and Zendaya Coleman (Euphoria and Spider-Man: Far From Home) have garnered major social buzz for their roles in this film.

When the first movie was released in 1984, many of the book’s fans were disappointed, as David Lynch, the Dune (1984)’s producer, changed important aspects of the characters and made them unnecessarily surreal. One of the changes that impacted viewers the most was the aging of its main characters (Paul Atreides and Feyd-Rautha Harkonnen) starred at the time by Sting and Kyle MacLachlan, who in the book were teenagers.

Other viewers consider that the cast of Dune (1984) was well-suited to the plot since it brought together the best talents from across Europe and the U.S. The casting of Brad Dourif as Piter de Vries is considered to be one of the best decisions by the production team.

After seeing the trailer of the new movie, I can say that Dune (2020) is coming stronger than ever.

The film is based on the future of humanity, and how Duke Leto Atreides, portrayed by Oscar Isaac, receives and accepts a mission to manage the desert planet of Arrakis, better known as Dune. This mysterious planet is home to one of the world’s most coveted drugs, “the spice,” due to its effects on extending human life, providing superhuman levels of thought, and making faster-than-light travel possible. After taking the risk and traveling to Dune with his son and heir Paul, his Bene Gesserit concubine Lady Jessica and his most trusted advisers, Leto assumes command of the spice mining operation, which presents a challenge to him due to the presence of giant sandworms.

Here comes another characteristic aspect differentiating the two films: the design of the sandworms. Lynch’s sandworms have mouths that open up in three layered segments, while Villeneuve’s sandworms have round, gaping mouths with many more teeth. Neither of them look like animals you would like to come across, but I do find the new sandworm design to be more frightening.

Director Denis Villeneuve has also worked on other major projects such as his work in the Blade Runner franchise, having directed the widely successful Blade Runner 2049.

With the star-studded line up, this movie is sure to be a box office hit. If you want to see Zendaya and Timothée Chalamet together on the big screen, go watch Dune on December 18 at home or if theaters are open.