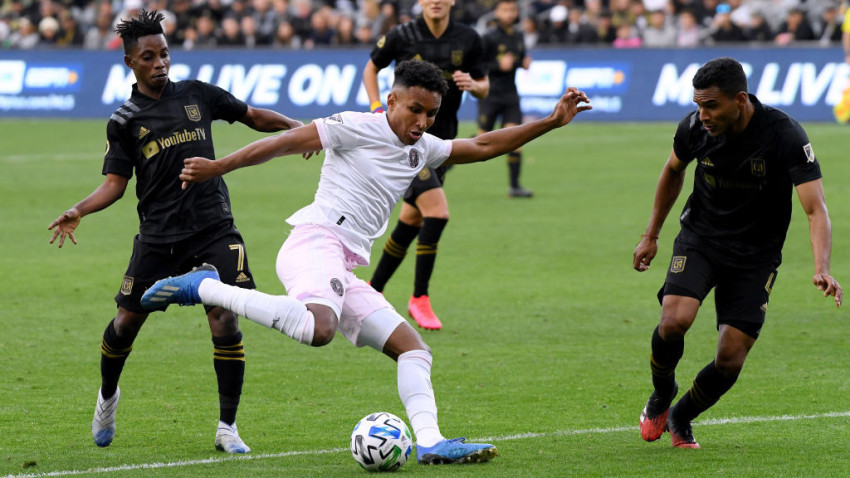 Seven years in the making Inter Miami led by David Beckham as the owner and Diego Alonso has the head coach, took the field for their first-ever MLS match on at around 5:30 P.M. on March 1st, 2020 versus LAFC.

The majority of the game was dominated by LAFC with LA having possession of the ball almost 20% more than Inter Miami.

Miami had many chances to score mainly with Rodolfo Pizarro taking four shots attempts with two of them being on target but coming up empty.

The most notable player was goalkeeper Luis Robles who came up big many times, saving 8 out 9 the shots on target. Unfortunately, that one shot that Robles was unable to save was the deciding factor as Carlos Vela scored the decisive goal in the 44th minute of the first half.

The lack of control over the ball was the match’s main obstacle. When they had the ball Miami was able to create shot opportunities but never got the ball in the back of the net.

Late in the second half, most of the players seem to have been slowing down and just giving up too many chances for LAFC to score. For head coach Diego Alonso, finding the team’s identity and playing style will be key for him to get the most out of his players for all 90 minutes of the match.

It was an exciting MLS debut for Inter Miami, even if the match did not go in their favor. They held their own against LAFC (arguably the best team for the 2020 season) and their star player Carlos Vela. Inter Miami is not a finished roster as they look to add one or two true star players, most notably a striker from Uruguay named Edinson Cavani who is currently playing for PSG in Europe.

Despite this disappointing loss, there are clearly many good things happening in Inter Miami and looking forward to the future we hope to see this team’s untapped potential really shine.