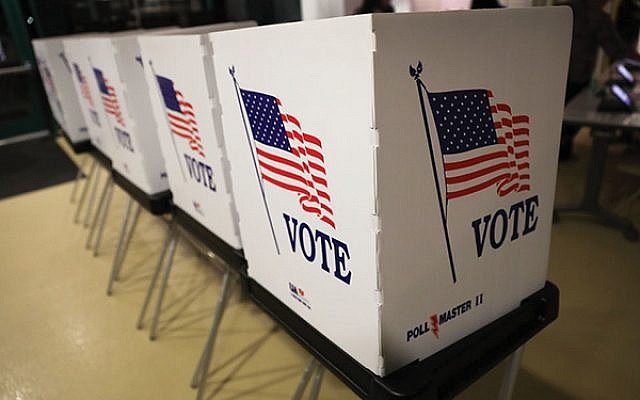 The upcoming midterm election is crucial in determining what the next two years of this presidential term will look like, on both local and national levels. How does this relate to John A. Ferguson High School? Voting, especially in such a politically charged climate, is more important than ever before. Eligible voters between the ages of 18-29 have some of the lowest voter turnout rates for any demographic. Teachers at Ferguson encourage all eligible students to vote. Some like US History teacher David Marshall, use incentives to promote civic engagement by utilizing tactics like mock elections or discussing current events to allow students to get a feel of how these processes work.

Our Government teachers emphasize the importance of voting however, this upcoming election has struck a chord with quite a few of them. “It’s never been more important [to vote], no matter which side of the political spectrum you’re on, you can’t sit this one out, you have to let your voice be known,” said AP Government teacher, Mr. Wheeler.

Wheeler, similar to Marshall, uses current issues that are popular among youth and discusses them with his class. He finds this technique effective in getting students to care about politics, it shows them they have the ability to change things that are important to them. Topics that many candidates are focusing on to appeal to younger voters pertain to social justice issues such as, LGBT rights and women’s rights.

Voting in a #MeToo America has never been more pertinent and many students are beginning to determine their votes based off the recent Kavanaugh hearing, thanks to their government teachers. For example, one of Coriat’s students said, “I don’t like the way the government is, at all, and I want to participate in making a change, or at least trying to.”

While some students want to vote because they want to participate in democracy, others want to vote because they are finally old enough. One of Mr. Owen’s students, a senior named David who plans on voting, stated “I’m not that into politics, but I do keep up with it. Honestly, I’m voting because I’m finally 18 and I have that right now.” A common denominator across the board with students who are voting and those who aren’t is that most have not researched political candidates, at least on a local level.

Students who are eligible but have decided they will not vote are often times intimidated by the process or are generally uncertain about politics. Alex, a student of Mr. Wheeler, has decided he will not be voting in the midterm elections, “I’m not voting because I feel like I’m not educated enough.”

In Alex’s case, he has not researched candidates, which is unexpected yet common among Ferguson students. Some teachers, like Mr. Owen, have a different tactic on how they get students to vote. Owen half-jokingly said, “If they don’t vote and I find out they don’t vote, I’ll send them to CSI.”

Voting has become easier and you even have the option to vote-by-mail, eliminating the hassle of having to go to the polls. Students more than ever are becoming involved in their communities, this year we can expect a jump in young voters. While it may not feel as exciting, campaigns that people should pay more attention to are the ones in their own backyard, as they create a more direct effect in your community.

Miami politics have notoriously been very close races due to the diaspora of varying demographics, especially the large Hispanic population that is split between conservative and liberal. The interconnectedness of politics and daily life is often overlooked however, voting is of utmost importance, and a memorable experience no matter when you do it. For the students who are voting for the first time this November, it will be an incredibly rewarding experience.