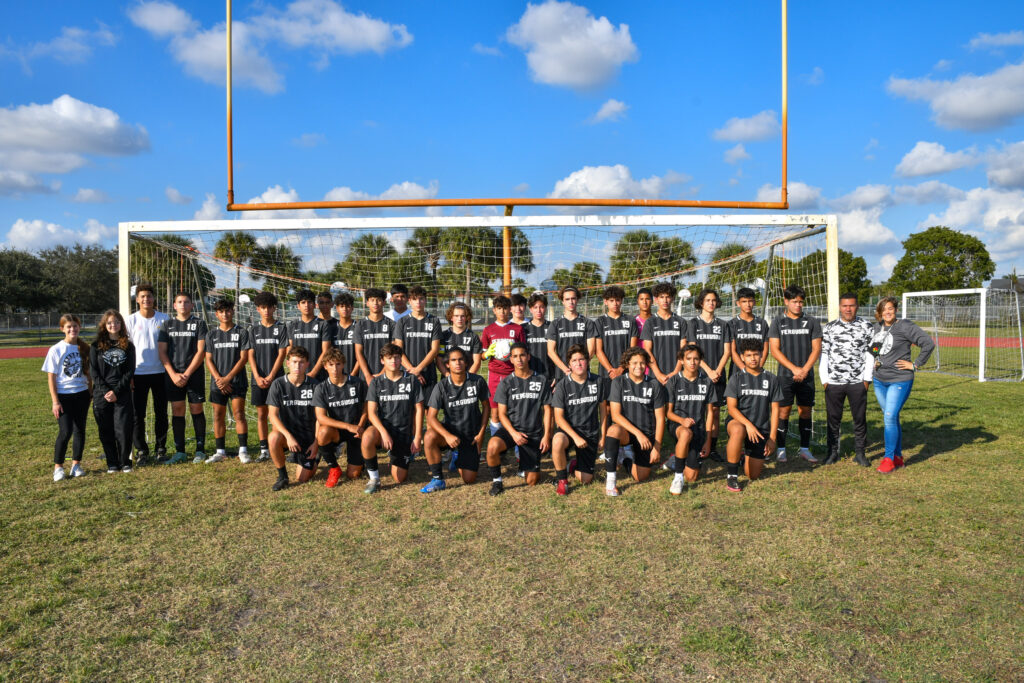 The start of Ferguson’s soccer season came following the completion of conditioning and tryouts. The team has played many games and demonstrated their skills to everyone.

The newly formed squad, staff, and returning upperclassmen are looking forward to seeing what the players have in store and what accomplishments they will achieve.

Several winning triumphs have been achieved since the team began playing games.

Unfortunately, the team lost one of their early season games to Mourning 1-0. “Not everyone is perfect as we all have our ups and downs. But the thing that truly matters is how we react to our worst moments of defeat and work harder to achieve the victories we want. Working hard is the key to victory and dedication is the key to a good life,” sophomore Javier Pino stated.

Out of ten games, the soccer team won five of them, with one game ending in a tie.

While the team suffered a loss, it will not deter their momentum, and they will still strive to win by working harder and showing up more often. The more that teammates work together and support each other in doing and being their best, the more they will exceed all expectations and achieve more than they ever thought possible.

“This soccer team works like a unit. We each know every player’s play style and work hard every game to complement each other on the field in order to get the result we want. We have big ambitions of winning every game this year and to be successful on the field in order to represent our school the best way possible,” senior Sebastian Acosta states.

While one teammate on defense prevents the ball from entering the goal, another teammate takes charge by advancing the ball into the opposing side, driving Ferguson to victory as a “unit,” as Acosta previously stated.

Ferguson holds the district lead with a 5-5-2 record overall. They continue to win, as evidenced by the 2-0 victory they had over South Dade recently.

As well, the varsity team won a long standing, away conference game against Palmetto, scoring 2-0.

By continuously practicing and learning new techniques along the way, Ferguson’s soccer team hopes to achieve a multitude of triumphs. In addition, the school’s players gain a sense of community, gaining new connections, which is evident on the field!

It is inevitable that the team will get better every practice, and because of that, we can’t wait to see the team succeed in the long run!