The Tennis Season Kicks Off 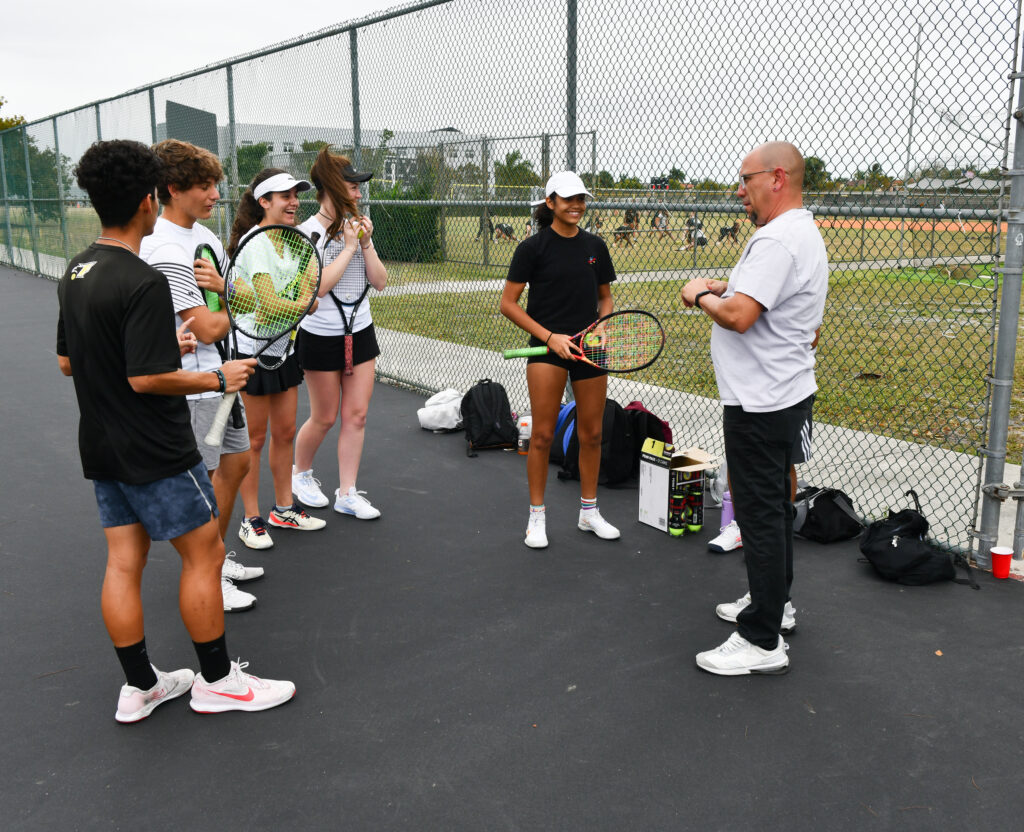 Both new renditions of the Ferguson Falcons tennis team have started off very solid, with the boys currently standing at 2-2 and the girls at 3-1.

The setting for their debut week was set on Monday, February 28th against Coral Gables, and Tuesday of March 1st, against Columbus, located on our freshly painted courts.

The boys and girls showed off their finesse with the racket by securing a dub against Coral Gables on the 28th. Unfortunately, the boys could not close off the week strong with a loss against Columbus. Though they should still exit that loss with their heads held high since they  still showed promise against one of the most talented schools in the district.

“The girls put forth their max effort and demonstrated their full capabilities against a school that  we normally wouldn’t necessarily play as well for. We did a lot better than the previous years  and I am proud for all of us being able to defeat a school after many years of loss,” stated senior  Daniela Campero.

Capturing that win convincingly against in their first time in action has set the tone for the rest of the season, only losing once since then. Their chemistry and overall fluidity as a team has provided resounding results for them.

Already being put on the brink of adversity, both teams have already shown the capability of making adjustments in any split second of a match, and how crucial that is to winning games.

“It was a tough match, the conditions were tough, there was a lot of wind, my legs were heavy and tired, and I was starting to feel fatigued,” stated junior Adrian Palacios. However, I calmed myself down between changeovers and started to rethink my game plan, breathe and drink water. When the match started to turn in my favor, I became more patient and waited for my  shots to go in, I became more aggressive when the time was right and mentally, I beat the opponent in terms of concentration and how I controlled my emotions.”

The mentality of both teams showcases enough potential and willpower to capitalize on momentum and go on runs at any time throughout this season.

They have excelled in their home games, as both squads have yet to fall short on their own turf. Let’s see if they can still succeed out of that home comfort as their next game is set at Coral Reef Park against Palmetto.

A true litmus test of the team’s resiliency and fortitude, this following road trip will provide an evaluation of what level they truly are at the moment, and a foreshadowing of sorts of what the future holds as they get close into playoff time.