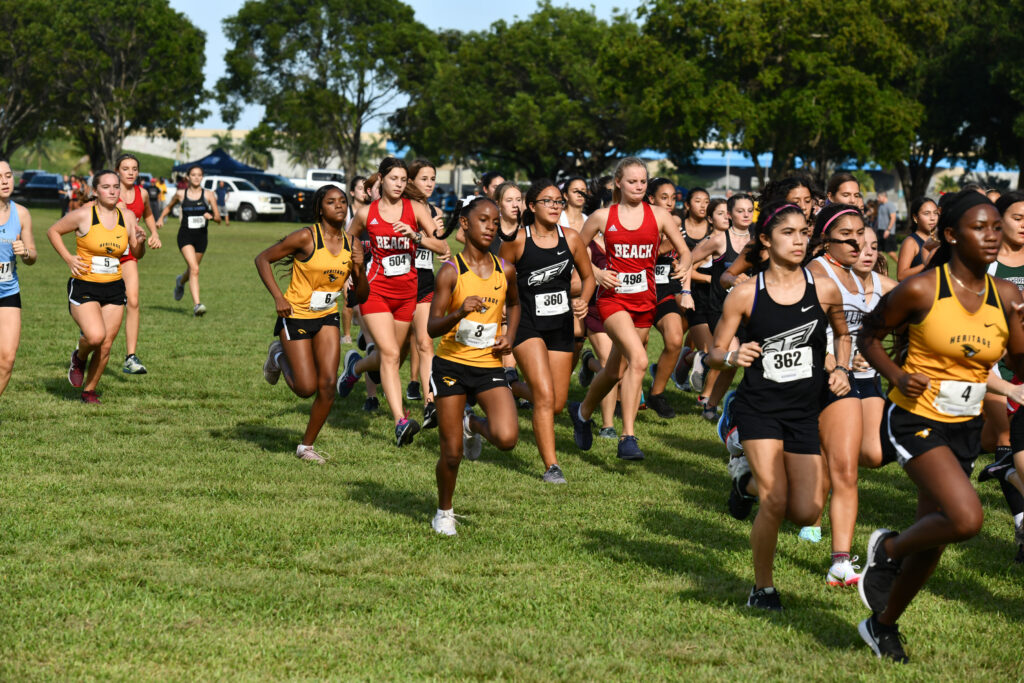 The spring season of sports has kickstarted, meaning that the Track and Field team is in action, and they have started out guns blazing. Being comprised of runners from cross country and new promising additions, this team early on has shown vast amounts of potential early on, and look like they have enough to be a competitive team in the district as their year goes on.

This new season brings with it another narrative as the team has encountered a change in scenery in the form of their new Head Coach Austin. However, early into his tenure he has proven to be a beacon of consistency and an overall good fit for the team

“He has been there at practice every single day. He has been there for us and supported us, encouraging us to also put in work every day,” stated sophomore, and second year runner Jose Cruz.

As previously stated, a great number of varsity runners from cross country joined the track and field team, and a surprising number of new kids wanted to try out the sport. The kids have faced challenges because it’s their first time running track.

Though newcomers lack experience of the fundamentals of track such as certain breathing strategies to employ or running suggestions in order to enhance their overall resistance and cardio, they possess immense talent and with time as well as the support of the school’s trainers, improvements will be seen.

With their first meet slated to take place this past week, conditioning and training began in December. Having a strong drive and desire to succeed, they have practiced every weekday, including Saturdays. Spending long, grueling hours pushing each other non-stop to better their craft.

A few weeks into the season, the team’s first meet, the Louie Bing Memorial Run, took place on February 19. It is imperative to consider the weather when running on a vigorous track outdoors. The athletes competed in 1600, 800, 400, 200, and 100 meter runs, allowing them to succeed in a variety of runs.

Facing adversity in the tough Miami climate, runners persevered throughout the race in the means of representing their school . “During my 800-meter race, what I was feeling was both anxious seeing all the top runners finish, overwhelmed from the heat and humidity, and excited to finish my first official race hoping to PR. It was a lot to take in, but I eventually overcame the heat and kept running,” sophomore, Ximena Lara states.

It’s impressive observing the runners overcome obstacles and keep pushing themselves to their fullest! Given that it was the first meet of the season and the runners were competing against strong teams, the team performed admirably. The runners have quite a lot of room for improvement, but while striving for victory and triumph, it is always crucial to stay on track!