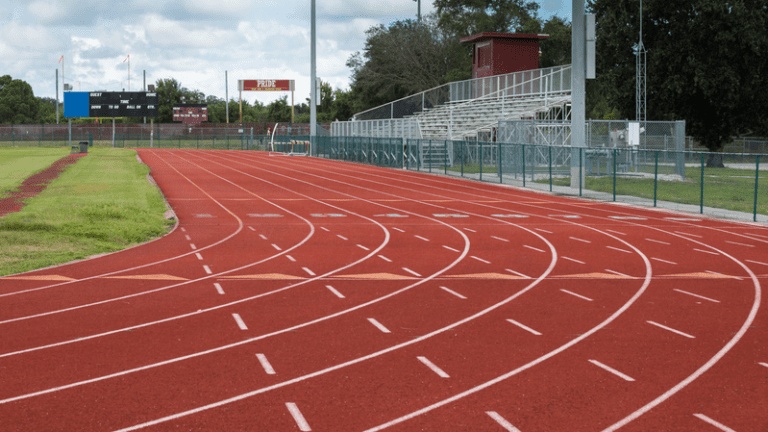 When competing on the track, the Ferguson Falcons track and field team has shown nothing but enthusiasm towards diligence and victory. As they are in the middle stretch of their season and are rapidly gaining momentum to their crucial races later in the season.

By showing up, runners have been encouraged so far this season to train hard, be consistent, and beat their records. The road to progress has been a compilation of their overall effort and dedication to the point where now their development is undoubtedly apparent.

“This season so far has been pretty solid. I’ve seen a lot of improvement throughout the whole team and it’s really impressive. We’ve set expectations for everyone  to show up, to meets, practice and so far, that’s what I have seen this season and I’d say I’m meeting them,” stated senior and first place winner, Carlos Dominguez.

Their victory came in the Palmer Trinity race, where four of Ferguson’s runners placed first competing against runners from throughout Miami Dade County. All runners employed their regimens to their advantage, and their approaches ultimately aided in earning the dub.

“Having been in this position where I was the first to run a relay many times before, I knew exactly what I needed to do: give my team a start so good, it would rally them all to give it their all. So after the gun went off, I had a timer going in my head, over and over so that I would be able to run the split I needed, but faster. It didn’t matter how my legs felt or how much I wanted to give in, I had to keep my split. Although I wasn’t too happy with the time I ran, seeing the way the legs after I rallied on and went on to win the race gave me the feeling that I did my job,” expressed fellow first place winner, senior Cesar Dominguez.

Earning that victory in the middle of the season has done nothing except establish the atmosphere for the remainder of it. The team has displayed advancement and development over the last few weeks, demonstrating that with hard work, the ball is in anyone’s court! Their team cohesion and hustle have yielded tremendous results, as seen by their first-place finishes.

With the grueling sun beating down on the runners and lengthy grounds to cover, the task of reaching the finish line becomes more and more difficult. The runner must remain steadfast and mentally strong to reach the finish line.

“While running, I’m good at distracting myself from pain. I listen to the rhythm of my breath and footsteps. This helps me succeed by focusing my attention on something relaxing,” stated standout freshman, Jordan Tintera.

The team places a strong emphasis on mental toughness, believing that when a runner has enough potential, determination to withstand physical discomfort and focus, triumph will follow.

When starting the season with rankings well below the top ten, and now placing first in the last meet, growth is evidently shown. From where the team is, the runners can only keep developing and thriving in the hopes of competing at the state level and for more accomplishments to come!