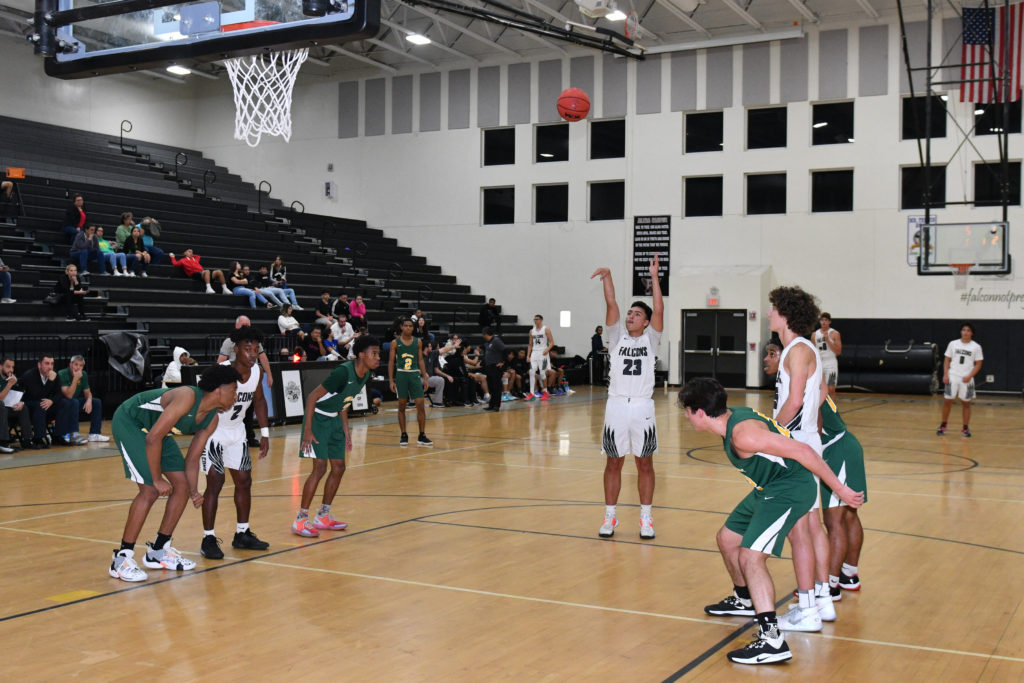 Over the last month, the Varsity boys’ basketball team has put on an impressive run. Following a 3 game stretch in late December where they fell to Durham Academy, Philip Simmons, and Hilton Head in what were close games; the Falcons have resiliently bounced back and have put together a 4-game winning streak to start off the new year.

Besides a close game versus Coral Reef, the Falcons have been simply dominating every other team they’ve been up against; they have won the other 3 games in this run by a minimum of 30 points, including a 40 point blowout against Varela.

The key to the Falcons success this month has been how strong they start games. Every game this month has set the tone and built up a big lead in the 1st quarter that other teams haven’t been able to recover from. Our team has been on fire recently and since they are currently sitting with a record of 9-6, we hope that they can further capitalize on all the momentum they have been building up.