Women Artists take the Lead in the 63rd Annual Grammys 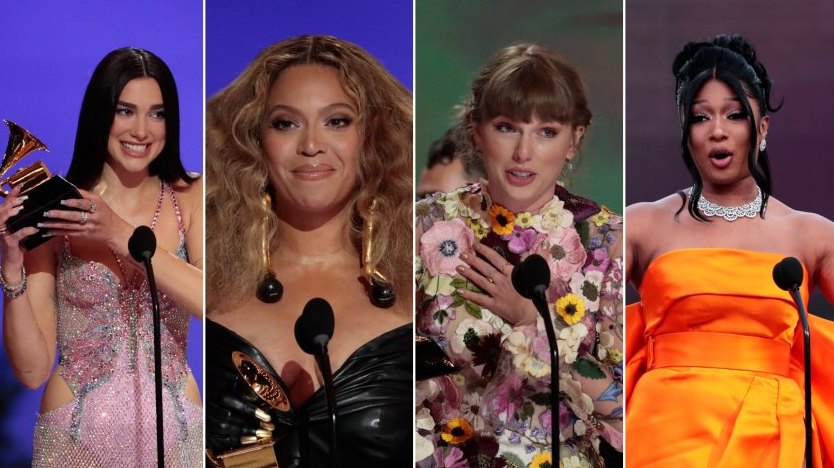 The 63rd Annual Grammy Awards took place on Sunday, March 14th after it was postponed from its original date on January 31st. The event took place in Los Angeles and was hosted by Trevor Noah. This year, the Grammys was filled with criticism and mixed reviews online as there were both great historic achievements and disappointing moments.

This year spotlighted women artists compared to past years. Megan Thee Stallion took a huge part in the event as she owned the stage along with Cardi B during their “WAP” performance. In addition to her successful performance, Megan Thee Stallion won four awards, including Best New Artists and Best Rap Song.

Billie Eilish won Record of the Year once again even though she believed Megan Thee Stallion was going to win and proceeded to fangirl for her on stage during her speech. Dua Lipa had one of the best performances of the night as she performed “Levitating” and “Don’t Start Now” while the stage had a pretty pink sky aesthetic, as well as showing her improving dance skills.

The Grammys tried to make it up to Beyoncé after the “Lemonade” debacle as she has now won the most Grammys than any other female artist. Although it is an amazing feat, Trevor Noah continued to remind the audience throughout the night about this fact, adding a slight awkwardness. Album of the Year went to Taylor Swift for her album “Folklore”, which was her first win since 2016.

Another positive aspect of the ceremony was how many local venues were spotlighted and had people describe how they were hit by the pandemic. Harry Styles also performed “Watermelon Sugar” and had a fashion moment when everyone online went to praise not just his performance, but his now iconic green boa. One of the strongest performances of the night goes to Lil Baby and DaBaby for taking their platform and music to the next level, featuring the Black Lives Matter movement.

Before the night ended, Harvey Mason Jr. came out to speak about the “cries for diversity” and asked the entire music community to work alongside them towards this effort. This promise comes after many POC artists, who had broken records last year, were not nominated.

One of the biggest being The Weeknd since “Blinding Lights” was considered by many award shows, critics, and people the most popular song of last year. There were other artists that had incredible performances but unfortunately did not win awards, including Doja Cat’s “Say So” (which is the last time she will be performing the song) and BTS’s “Dynamite” which closed out the night. Here are the categories along with the nominees and winners.

Due to the COVID-19 pandemic, the Best Immersive Audio Album Craft Committee wasn’t able to meet and judging has been postponed.