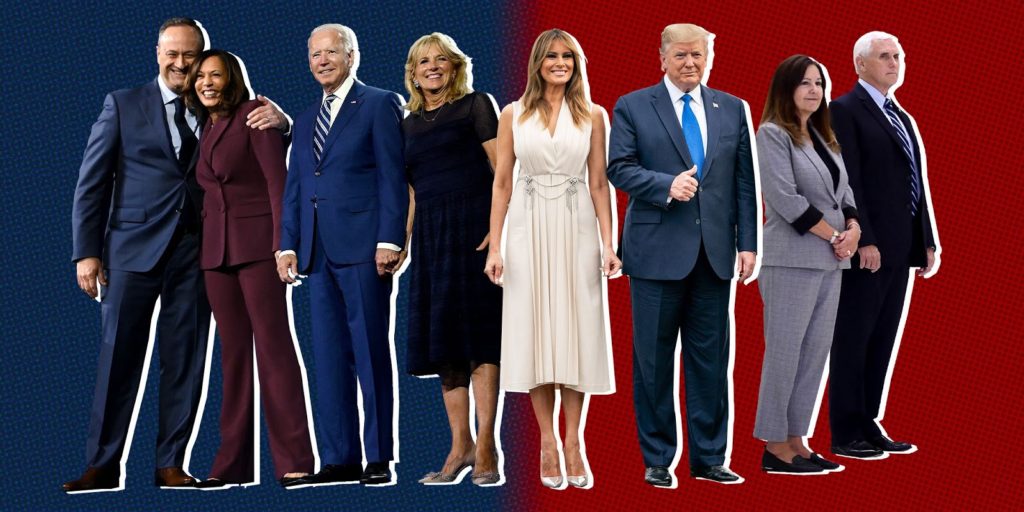 The United States presidential election is right around the corner. 2020 has been a tough year for everyone all around the world due to the coronavirus pandemic and emerging social issues.  These issues have impacted how citizens view each candidate running for office.  They will vote for who they feel have been more responsive to their individual views.  The Class of 2021 has over 1,000 students and about half of them will eligible to vote in this election cycle. As new voters, they will make decisions that will help make the path for the future of our country.

The Republican candidate for this year is incumbent President Donald Trump. He and his vice-president, Mike Pence, are running for their second term. As Republican candidates, their platform focuses on strong national views and limiting immigration. They have made many statements about keeping a strong economy and free-market capitalism.

The Republican Party also generally opposes raising taxes and favors spending more on military and armed forces. The Republican Party also leans more towards fewer government regulations. Trump has previously supported the expansion of school choice, which would allow students and their families to have more choice over the school they attend. His platform includes a lot of discussion on strengthening the economy. This is currently being widely discussed due to how COVID-19 has affected the economy. The dramatic loss of jobs and lack of employment have been a major result of the pandemic.

Their stance focuses on healthcare, education, gun reform, and safety. Their platform also supports higher taxes and are generally not opposed to using those taxes to fund the government. They also believe in less spending on military issues. In addition, Biden’s focus includes equal rights (and specifically mentions in the workforce), national security and climate concerns. Environmental issues are currently being debated due to wildfires plaguing the United States. This is not a new issue, as California has been suffering with these disasters more so in the last several years.

Both sides are currently campaigning, and their interviews are being covered in newspapers, radio shows, and television news programs. This is a unique year as the candidates cannot campaign like they usually would. CDC guidelines have been limiting how much travel they can do. In addition, both candidates have their own website where voters can sign in to receive voting information. Through these websites, voters can request mail in ballots and join their mail/email distribution. Voters have to be proactive to seek candidate information due to limited travel.

You can find your polling location on https://registertovoteflorida.gov/

No matter which side the Ferguson voters are appealing to, the most important thing one can do is stay well-informed. Keeping track of websites and news channels that cover each candidate’s political views can drastically influence the voting turnout. Believe it or not, student voters can impact the election and the divisive political climate. Florida has a large amount of electoral college votes, so young voters have the potential to sway elections. Florida is a swing state, which means that we have similar levels of support among voters for both major political parties. This means that our state is important in determining the overall result of a presidential election.

As exciting as an election is, it also is a privilege and a responsibility. At the end of the day, we are a part of choosing who will run our country. It is important that the elections be taken seriously.