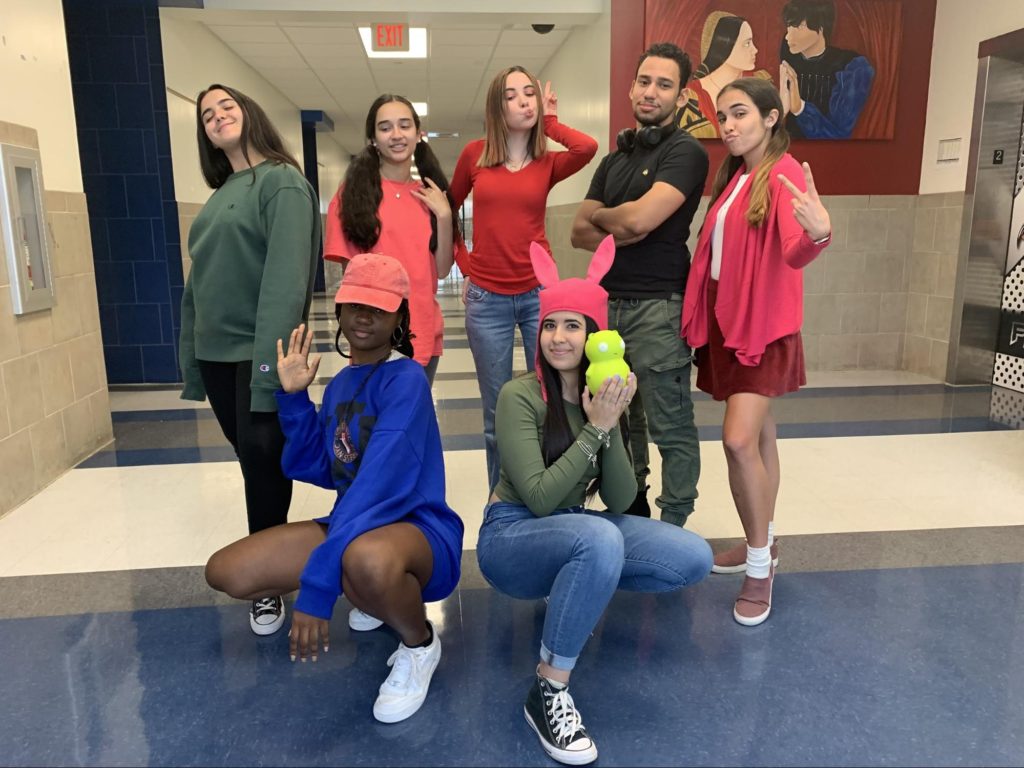 The senior’s students at John A. Ferguson Senior High are getting ready to say goodbye to their life in high school and hello to the real world. Before they take their steps towards graduation, they were given a week of relief where they could dress up and let the little kid in them shine through.

Starting with Monday, seniors were given the opportunity to dress up as senior citizens. Seniors across the school came dressed in nightgowns and wigs. Some even went all-out and came with walkers and canes to add to the extent of their character.

Continuing onto Tuesday, seniors came dressed as their favorite characters. Whether it was from a television show or a movie, they were allowed to dress like a character they love or one that resembles them the most. Ranging from Kim Possible to Boo from Monsters Inc., seniors were able to show their love for their favorite childhood movies.

On Wednesday, Ferguson was hit with a blast from the past as seniors dressed up in popular style trends that were common throughout the decades. Whether it was bringing back an 80s afro, or dressing like a hippie from the 60s, seniors enjoyed their day by bringing back styles that haven’t been worn in a while.

Thursday, the last official day of Spirit Week, seniors represented their college or university of choice by wearing merchandise from the school. As their college-era begins to approach, they start their anticipation early.

On Friday, April 12, senior GradBash in Orlando took place. After waiting for what seems to be four years, they finally get to enjoy their day out of school with all their friends to celebrate their successful high school years.