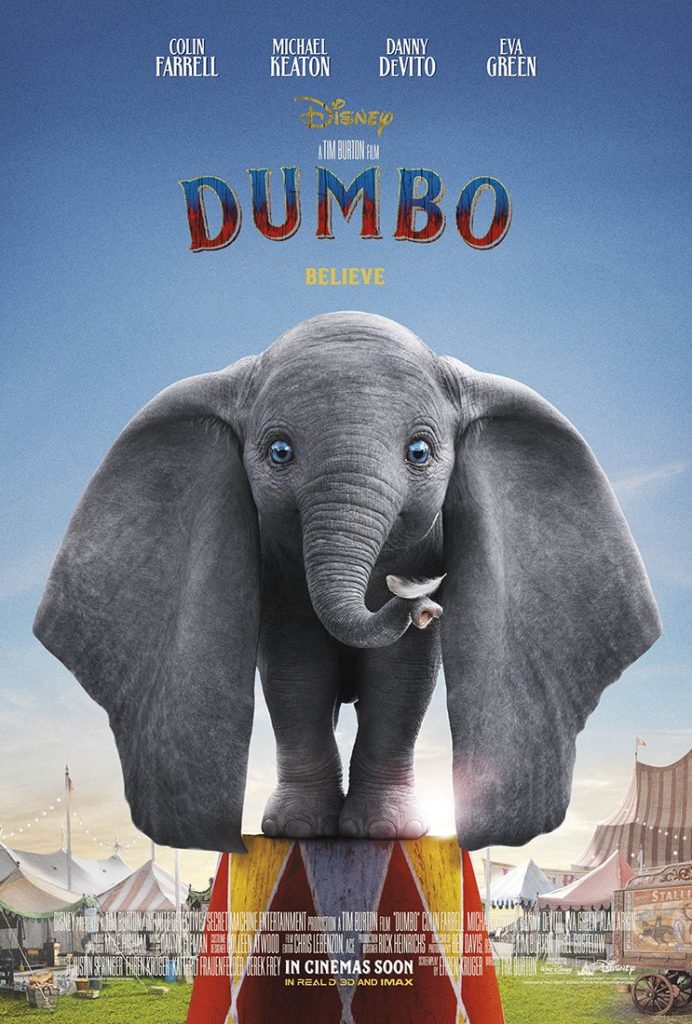 The 2019 movie Dumbo is something Disney lovers have long been waiting for. Since the announcements and release of many Disney remakes such as Beauty and The Beast and Christopher Robin, Disney kept the trend going and released another remade classic. Fans knew Dumbo was one we definitely needed. To have this loveable and forever iconic cartoon in a live-action film was truly a must, and Disney delivered.

A Tim Burton film, Dumbo was released in theaters on March 29, 2019. Fans were familiar with Disney’s 1941 animated classic and were ready to see how this version would compare to the original film. This movie had a star-studded cast featuring well-known actors such as Danny DeVito, Eva Green, Michael Keaton, Colin Farrell, and Alan Arkin.

The PG-rated movie had $45 million in box office sales the first weekend it was released. In international box offices, it gained an additional $71 million, bringing total sales for the opening weekend to $116 million. With its mixed, though mostly positive reviews, it was really an amazing success for Disney.

Movie critics had different opinions and mixed feelings about the film. Many liked the music and the story while others felt it didn’t live up to their undoubtedly high expectations.

The storyline began with Holt Farrier (Colin Farrell), coming back from the war and goes to the Circus, the owner being Max Medici (Danny DeVito). The circus seems to be in trouble and Medici has to give the circus up but he gives Holt the pregnant elephant, “Mrs. Jumbo”. Mrs. Jumbo gives birth to Dumbo who seems to have large ears. Everyone was amused with Dumbo. They decide they want to send Mrs. Jumbo away. Holt’s kids, Joe and Milly, find Dumbo, try to comfort him and want to be his friend. They see that Dumbo has big ears and see when he sneezes, he can fly! The charms of Dumbo’s characters and the intricacies of the plot make this the perfect family film and made it feel very much like the classic movie we all know and love.

Seeing how the live action contains most parts in comparison to the classic, caused some people to be unimpressed because they wanted it to have a twist. For the most part, audiences did enjoy the film and deemed it worth the experience.

Disney was excited about this release and took it far. Disney classics will always be the best when you were growing up, no matter the remakes. The magic of Dumbo was something beautiful to see in live action and this movie will definitely be high in ranks among other Disney features. Disney is planning to come out with more live action movies in the future and we can’t wait to see what’s in store.