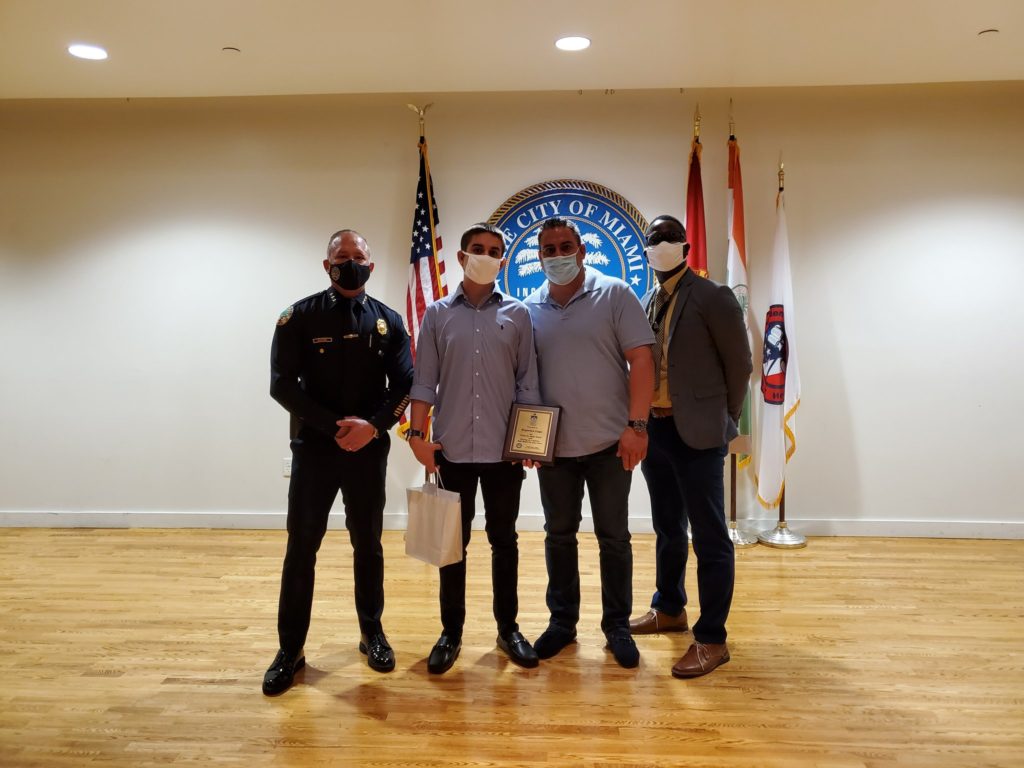 Ferguson sophomore, Kryssian Lugo, was recognized by the Do The Right Thing program for his efforts in consoling a student who was contemplating suicide.

Lugo was going up the stairwell, heading to his classroom, when he found the student. Knowing it was the right thing to do, he approached them and offered his help. He spoke to them and deescalated the situation, preventing a potentially fatal situation. He then took the initiative to walk the student to the office and ensure that they got the help they needed.

“I understood the feeling of that student. I had once been in that dark area myself, and I know it’s not a good place,” Lugo said.

Do The Right Thing (DTRT) is a non-profit organization that recognizes and awards students in the community for positive behavior and accomplishments. DTRT seeks to reward students who go above and beyond to assist others. The organization maintains a unique partnership with the City of Miami Police Department and other law enforcement agencies in Miami-Dade, as well as the Miami-Dade Public Schools System. Students are nominated by school administrators, parents, police officers, and other adults.

Once nominated, a referral of recommendation is sent to the Do the Right Thing program. Each month, the selection committee reviews the nominations thoroughly. Out of the students nominated, only ten are chosen to go to the ceremony at police headquarters in downtown Miami. Students who didn’t make the ceremony are still rewarded with a Papa John’s free pizza coupon and a do the right thing shirt

Lugo was selected to attend the ceremony and received a wall plaque, as well as a letter from US Senator Rick Scott, congratulating him on the award.

There’s always something you can do to help another, whether you know them or not. These times may be different, but the opportunity to make a change in the community remains constant.