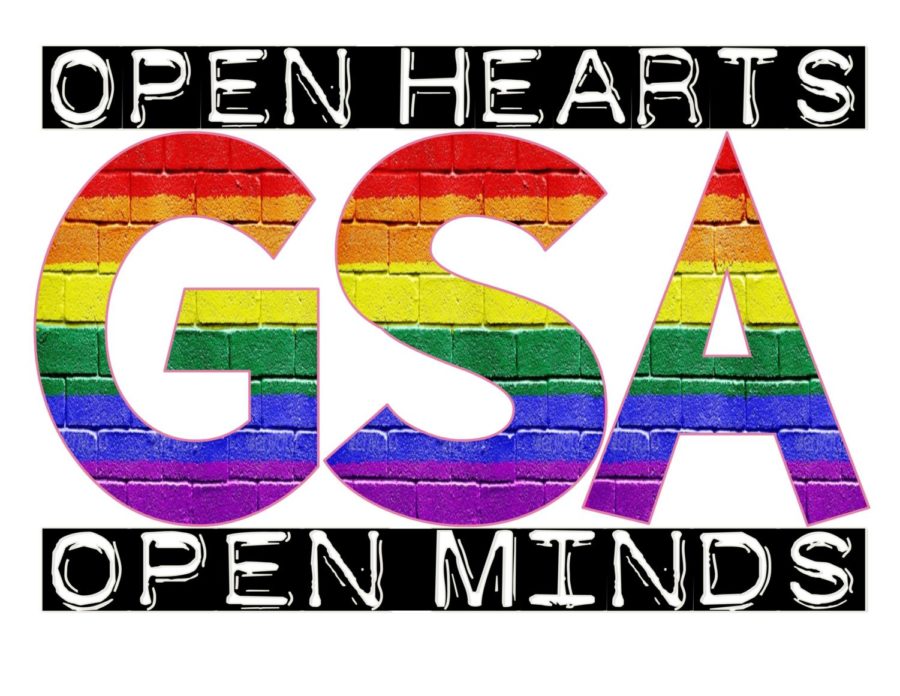 The Gay-Straight Alliance Club, or GSA for short, provides LGBTQ+ students with a safe space where they can express themselves freely and be assured that no one will judge them for it. The club is open to everyone, whether they are LGBTQ+ students who are struggling themselves or students who simply want to help others going through a hard time.

“The club is a safe place where LGBT students can come and build a community with each other, as well as with their straight allies, “ Ms. Avila, the club sponsor. “We talk about their identity, gender, sexuality, anything they want to learn more about.” Stressing the importance of providing students with this sort of environment, especially during these very difficult and stressful developmental years of high school.

GSA is built on a foundation of love and sympathy for others. As previously mentioned, it is a welcoming place for all students, regardless of sexuality or identity. Meaning that not only are LGBTQ+ students  invited to join, but also form a contingent with their straight allies who might want to extend a helping hand to those struggling with their identity.

Britney Franquiz, the club’s vice president, said “My experience of the club has been great, and I have gotten to meet a lot of amazing people and made new friends.”

Other than making sure students are comfortable and happy, the club leaders and sponsors also host some events throughout the school year. “We sometimes do events for certain days like Coming Out Day, where we hand out pride themed objects to students,” stated club president, Sophia Angulo. Also putting together various fundraisers among other events.

The members of GSA have been extremely outspoken about the proposal of the “Don’t Say Gay” Bill in Florida. Mrs. Avila said the members “all wore purple to oppose it,” and, “basically just posted on social media a lot about it.” This was very important for the club members, since the “Don’t Say Gay” Bill would affect various LGBTQ+ children and teens throughout Florida.

This all-inclusive club has done an amazing job of making students feel comfortable with themselves and others like them. It gives students a safe space that they might not be able to find in other places. Hopefully, the club continues to do an amazing job and act as an asylum for LGBTQ+ teens here at Ferguson.