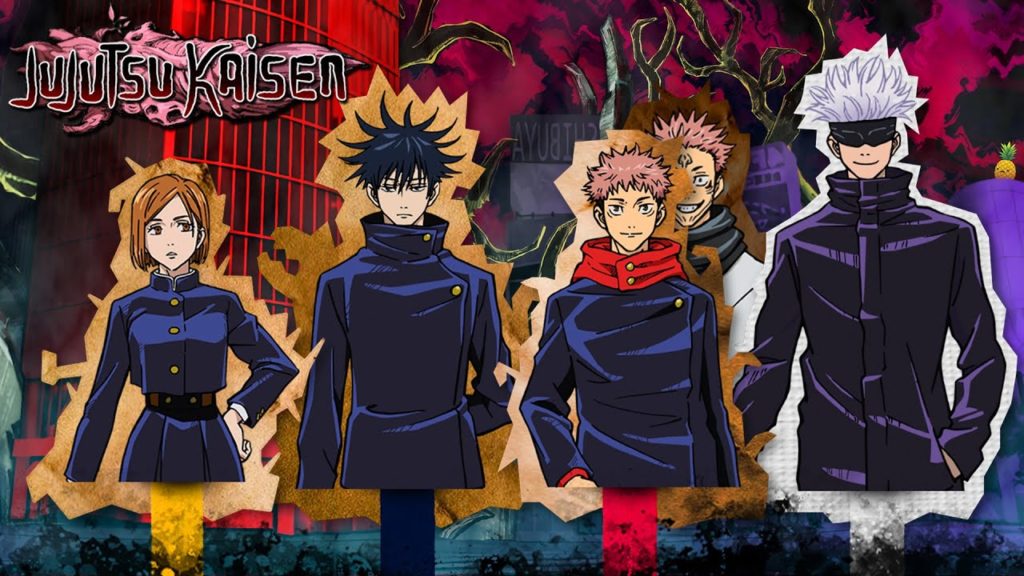 Jujutsu Kaisen recently finished its first season, airing from October to March. Quickly gaining immense praise and acclaim by becoming one of the more popular shonen animes as well as the best-selling manga series of all time. The anime stays daily true to its source material with few differences in storytelling.

The world-building of the series focuses on a world with curses and jujutsu sorcerers. The plot centers on a first-year high school student, Yuji Itadori, who ends up joining a secret organization of jujutsu sorcerers in order to defeat a curse named Ryomen Sukuna by becoming the host of the curse. In order for him to become the host, he must eat all twenty fingers of Sukuna to eliminate the cursed objects and kill Sukuna.

I think the show had an interesting plot and character development, which made it an enjoyable and entertaining watch. It was refreshing as well because the audience was introduced to different concepts like cursed energy and curse techniques. Although it uses well-known shonen tropes, I still believe it’s a fun adventure story, especially if you’re into the action and fantasy genres. There are also comedic moments between the characters that make it not too serious and not too boring.

The main character, Yuji Itadori, reminds me of other shonen protagonists because he is very spunky and dense in certain moments. However, Gege Akutami, the creator of the series, adds complexity to this character by adding his internal struggles since he wants to fulfill his grandfather’s wishes.

The deuteragonist of the show is Megumi Fushiguro, who is laid back yet stoic and serious compared to the other characters. He is a very interesting character and I enjoy his interactions with the others since they would poke fun at him yet he really doesn’t seem to mind it. Also, as the show progresses, it’s fascinating to see his power progresses.

Nobara Kugisaki is the tritagonist. She serves as a fascinating female lead because she is headstrong and gutsy. I enjoy the way she is portrayed compared to other manga creators’ weak adaptations of female characters. A fulfilling aspect of the show is that she is capable enough to defend herself and I can’t wait to see how her potential is unleashed.

Their teacher is Satoru Gojo, who is one of the more well-liked characters. He is relaxed and playful with his students yet can be very serious and unsympathetic towards certain individuals in the series. He has compelling abilities that make him more powerful than others in the show, making him a complex individual.

The draw towards this show is the conflict at hand. Wondering how it will play out will be compelling to watch since the viewers are rooting for the protagonist and  don’t want him to die once he collects the twenty fingers. Also, as the conflict is ongoing, it ensues many different arcs to see the characters interact and go through diverse battles.

To go back to the internal struggles, I think the creator of the series did a good job to engage the audience to question between morality and philosophy behind the main character and his motivation towards a proper death. Instead of writing him as  someone who just wants to save people because it’s the right thing to do, he gives him motivation based on his grandfather’s dying wishes.

I believe it connects the story on a  more personal level and further justifies the main character’s reasoning behind his actions. While also creating an opening for more conflicts based on how this philosophy is challenged by others around him.

Besides that, I think this show will become more amusing as the story elaborates on the world and continues to have interesting conflicts. Throughout the first episodes, I was always excited to see how the characters got themselves out of situations and what techniques they will use. As the first season wrapped up, I am fully invested in this show and can’t wait to see the growth of the characters along with their powers.