Gratitude and laughter are just two things thanksgiving brings, and it is just around the corner! This year, Miami…

Many film production companies have been hard at work for years, busy making invigorating new movies and long-awaited sequels.…

This year’s pep rally got everyone’s hope up for the anticipated Homecoming Football Game against Coral Reef. The festivities…

Ferguson held their annual Fright Night on October 25th to get into the Halloween spirit. Everyone came together to…

On October 21st, 2022, Spotify crashed, and Taylor Swift officially became the most-streamed artist in a single day in…

As Ferguson’s spirit week full of festivities came to a close with the ‘Party In Y2K’ pep rally, the…

Thankful for a Week’s Rest

As many changes have affected our school, one becomes apparent as the air turns cold and the school approaches…

Students Make Their Voices Heard on the Florida Ballot

The 2022 general elections have arguably been one of the more anticipated of its kind in a long time,…

The stage was set at Tropical Park on Friday, October 28th as the Falcons faced the Coral Reef Barracudas… “Doctor Strange in The Multiverse of Madness,” the sequel to 2016 “Doctor Strange,” was directed by Sam Raimi and released on May 6th. Since then, the movie has made $688, with 1 million globally and $291.9 million domestically. On Rotten Tomatoes, the film has received a rating of 74%, which in general is not that bad, but for a Marvel movie, this is among the lowest-rated marvel movies.

The movie’s main point seems like it’s just an introduction to a new character. It introduces America Chavez, played by Xochitl Gómez. America is a young girl who has the power to travel across the multiverse and is the MCU’s first Latina superhero. The movie’s writers even teased a standalone project about Chavez.

Regarding the complicated timeline of the MCU, “Doctor Strange in The Multiverse of Madness” takes place after “Spider-Man: No Way Home.” Still, it mainly deals with the ramifications of the Disney+ shows, “WandaVision” and “Loki.”

It actually felt significantly shorter than its two-hour and six-minute runtime. Usually, this would be a good thing. It would mean a movie is so interesting and immersive that viewers feel no need to check the time. But unfortunately, in the case of “Multiverse of Madness,” it was overloaded with information, many characters, and not enough time to develop it or sink in and have a significant impact.

For example, within the first few minutes of Wanda’s introduction, we find out she is evil, a character who has been a protagonist and someone who has been on the hero’s side since her first introduction. Even as Strange and Chavez traveled through the multiverse and met characters that don’t exist on Earth-616, none of the peripheral characters had much significance other than a swift introduction before they died. Maybe if the film were instead a show, exploring different universes in different episodes, it would have had a longer time to better develop its characters, relationships, and plots, but that was not the case.

Wanda’s role in the movie was also just wasted potential. Granted, Marvel isn’t known for handling their female characters well; I was still expecting more. There is no doubt that Wanda Maximoff is one of, if not the most, powerful characters in the MCU, yet they somehow made such a complex character who holds so much power and potential to be even more interesting than she was, fall flat. They diminished her character to nothing more than a grieving mother with more power than she knew what to do with. They made her a character that cannot handle her power and simply succumbs to the darkness, which Dr. Strange is somehow able to handle, even though the movie earlier stated that the Darkhold corrupts all that use it.

The tone of the movie also seemed off. While Wanda’s character is vengeful and dark, Strange and Chavez’s tone had this almost lighthearted at times banter that made Maximoff’s darkness seem out of place. The relationship between Strange and Chavez seemed to introduce a mentor/mentee relationship. While it was fun to watch, it seemed out of place as they shared quips while a lethal Maximoff was killing everyone they interacted with as she tried to kill Chavez and take her powers to reunite with her children.

Regardless of its faults, the movie wasn’t uninteresting. Although it was entertaining enough to watch, and I was invested in the plotline throughout, it felt too short for what it was trying to achieve. Maybe after “Spider-Man: No Way Home,” I had higher expectations than I should’ve and was too critical of it, but “Doctor Strange in The Multiverse of Madness” isn’t a movie I would necessarily watch again, but its also one I don’t regret watching it. On November 4th, Canadian rapper Drake and Atlanta-based rapper 21 Savage dropped their collaborative studio album, Her Loss. The two have a history… Gratitude and laughter are just two things thanksgiving brings, and it is just around the corner! This year, Miami Dade County Public Schools… 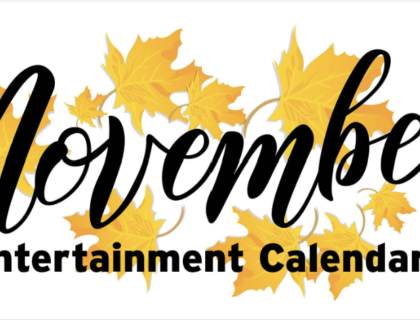 Many film production companies have been hard at work for years, busy making invigorating new movies and long-awaited sequels. While this year has… 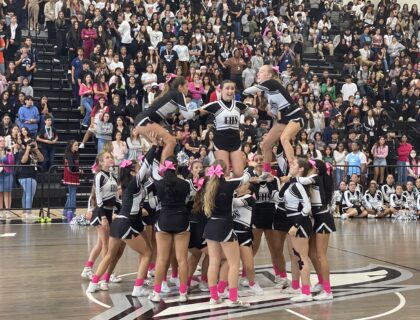 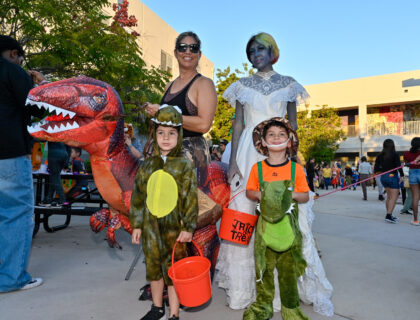 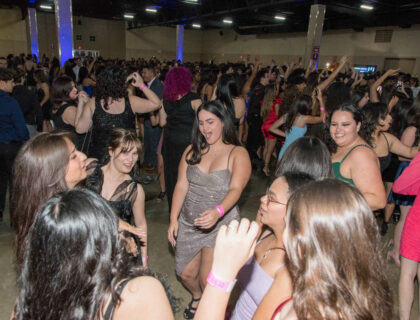