‘The Politician’ on Netflix is Sleek and Thoughtful 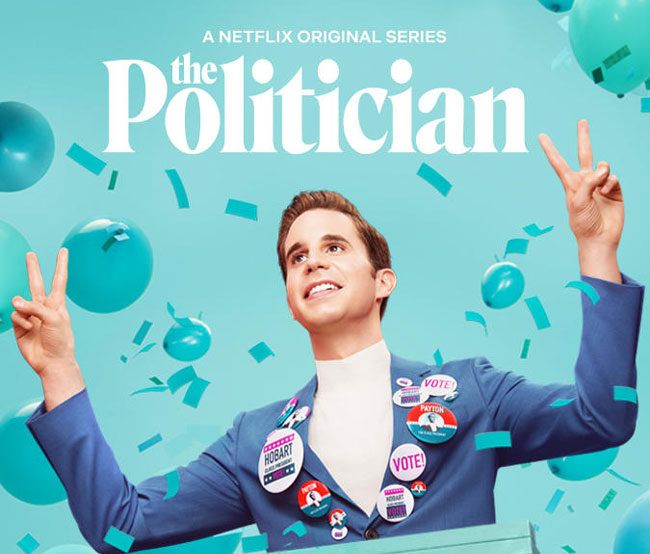 “There is no such thing as destiny. Just men like you. That when the world needs you, you answer the call.”

These words were said by River Barkley, who made a huge impact on the lives of those around him. These lines can be interpreted to fit any character in the show, as each of the mainstays on has either fixated on success or have their futures decided for them.

This notion is especially true for the main character, Payton Hobart; only minutes into the pilot, he reveals his plan to become the president of the United States. His plan includes meticulously curated extracurriculars (Model UN, Student Government, Debate) and attending a prestigious university. He and his group of friends, which are referred to as his ‘advisors’, have been planning his eventual presidency since they were 8 years old. The first two steps were for him to be elected as his school’s student body president and to gain acceptance to Harvard University.

In the pilot of the show, it also mentions that this show is one where the characters would do anything to achieve their goals. For Payton, he’s relentless and extremely inconsiderate to the people around him if they got in his way. He’s very intelligent, capable, and genuinely cared about people, but let his ambition and family riches create a roadblock in that. He himself stated that he was not a good person, and did terrible things, but that did not change his aim of helping others.

Besides losing his friend, Payton sacrifices everything else he had going for him in his life for the presidency. This leads to one of the best aspects of this show. It highlights how the actions of Payton and everyone else running for student body president and VP ripples into a real-life scandal that ends up massively altering his foreseeable future that once seemed so clear.

Overall, I believe that this series is worth a watch because it presents broken characters that had existing flaws, and shines a spotlight on how their errors or selfishness could cause real catastrophic problems. It shows that a person should have dreams, but not put it first over everything to the point that it can lead to insanity.

Payton Hobart is a broken and flawed character that was blind to consider everyone’s feelings, but that did not change the fact that he was only trying to alter people’s lives for the better. It took him, and the rest of the characters to lose throughout the story to be humbled and look at life with a better perspective. As mentioned before, this is a fantastically told story, featuring personalities that could easily invest an audience. This is on top of an entertaining, complex plot.