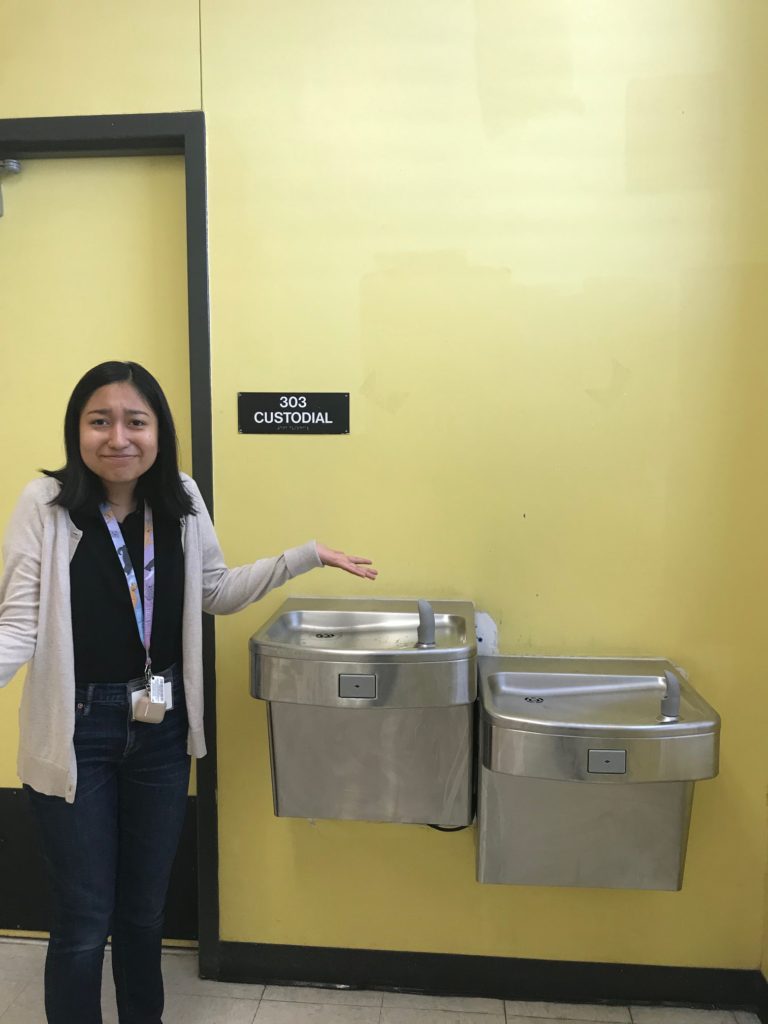 This question has polarized Ferguson’s students since its founding.

What is the best water fountain at school?

It would take far too long to do an analysis of every single water fountain at our school, so I will be reviewing the most coveted and heavily debated of them.

I will be rating these fountains based on a few factors, some of them being: taste, temperature, ambiance and strength of the stream. I created a scale to determine a rating for the fountains that I will be reviewing. The scale is out of 5, 1 being the worst and 5 being the best.

This was written with additional reporting by Alexa Nunez. 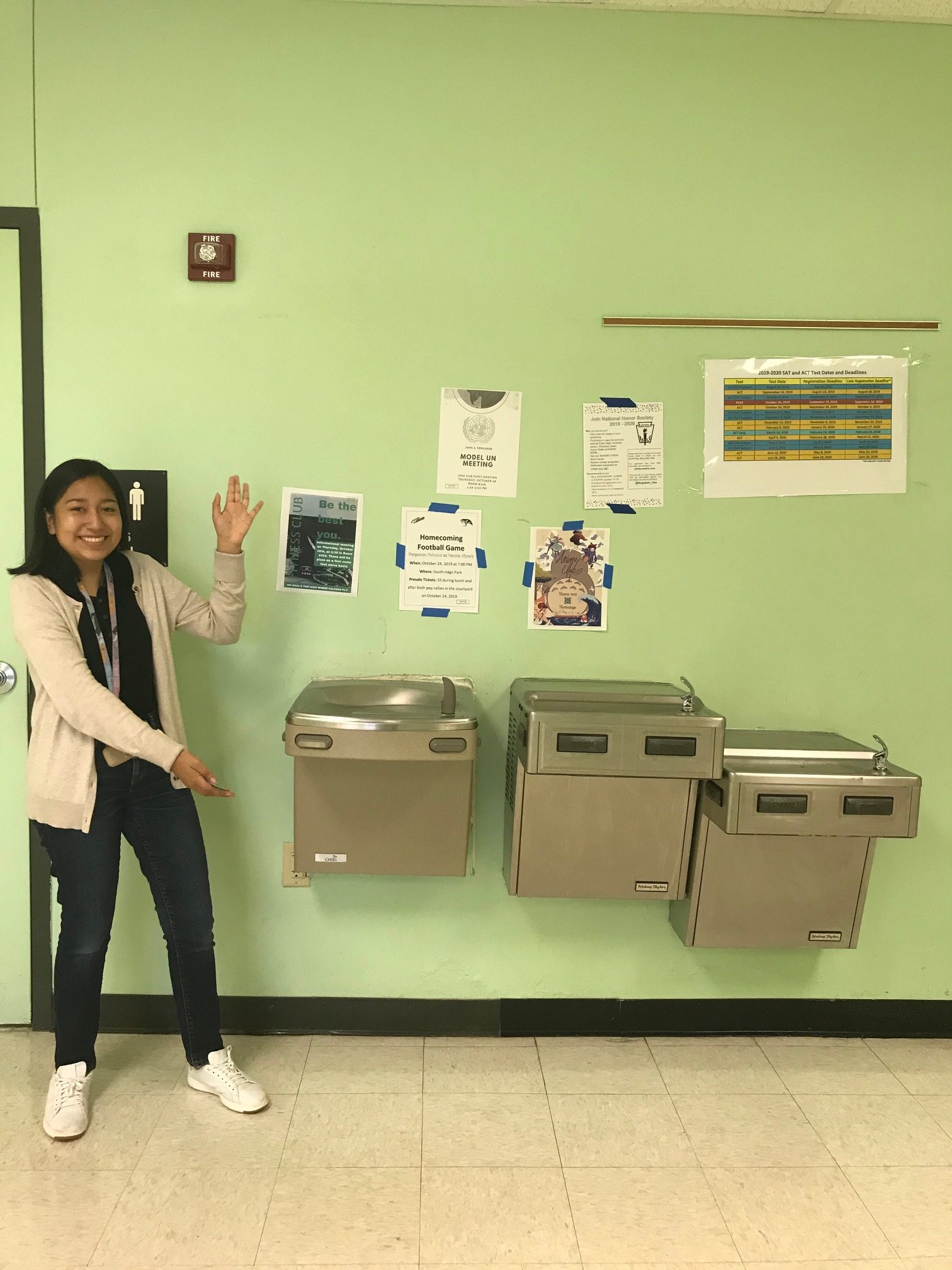 Not to be confused with the fountains by the student bathrooms at the end of the hall. This fountain is in limbo between the green hallway and the yellow one, directly next to the faculty bathroom.

It is easily accessible to both the green hallway and the yellow hallway since this fountain is at the intersection. The water from the far left fountain is the best of the three. We estimate it’s due to its rubber coating.

I couldn’t help but draw a comparison to Goldilocks and the Three Bears, since one was too hot, the other too gross, and the far left being just right. This one hits the spot. This fountain’s score is well deserved, it hasn’t operated in years. If I could give this fountain a zero, I would, but the scale doesn’t allow for that. We’re disappointed. 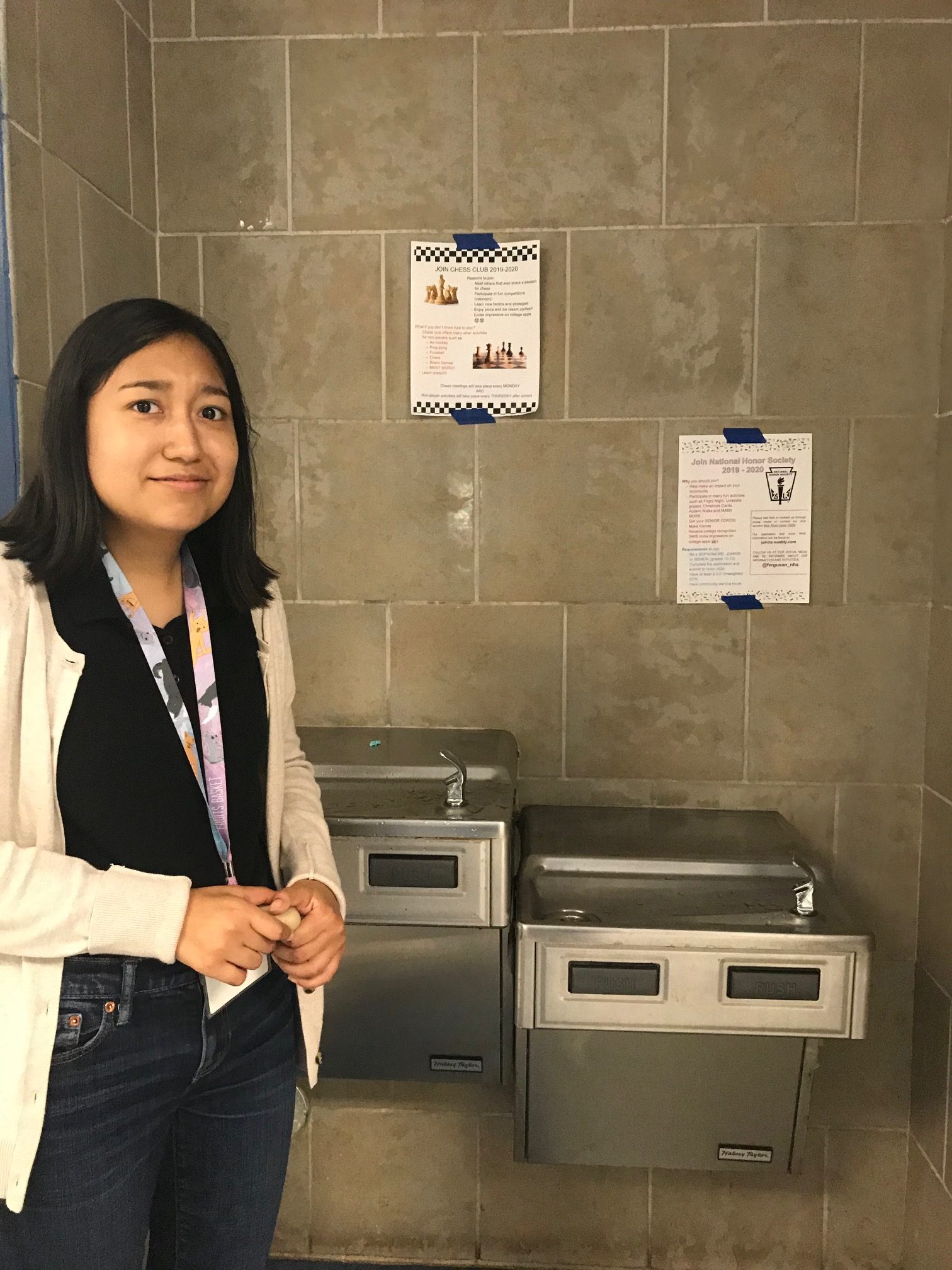 This fountain was quite the jump scare; there was a piece of chewed up gum on the top fountain…yum. The water was pretty warm and suspiciously smooth, it has a weird slimy feel. I wouldn’t trust the 2nd floor 10 building water if I were you. 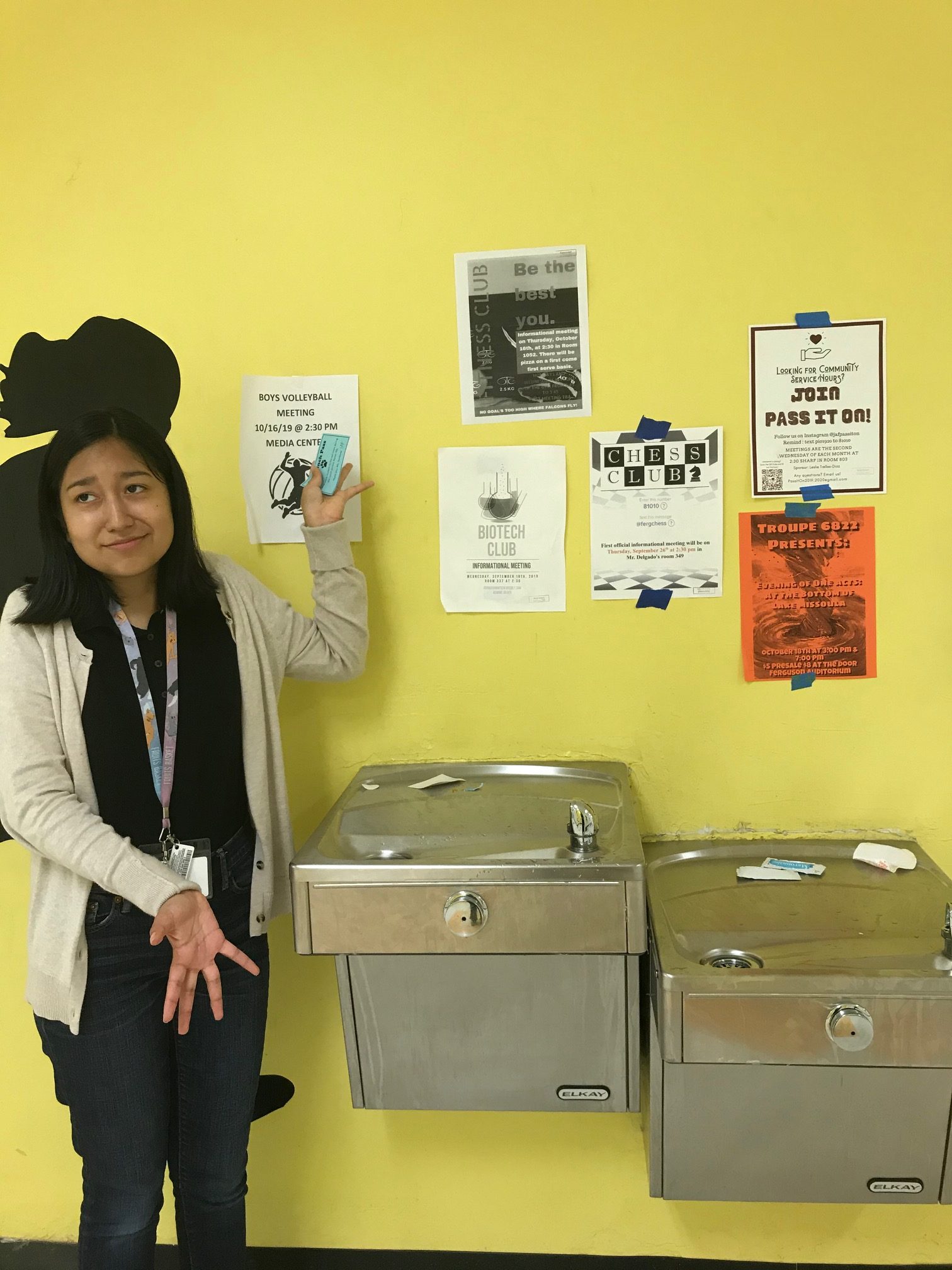 The locker room fountains are surprisingly decent, and definitely colder than the 10 building ones we tried. It’s solid, sure, but not the best. There were some mayo packets on the fountains, used napkins, and the hallway felt sweaty and claustrophobic. The ambiance of this fountain affected it’s score by quite a bit.

4a. 3rd floor, Yellow Hallway, Main Building, directly in front of the stairwell 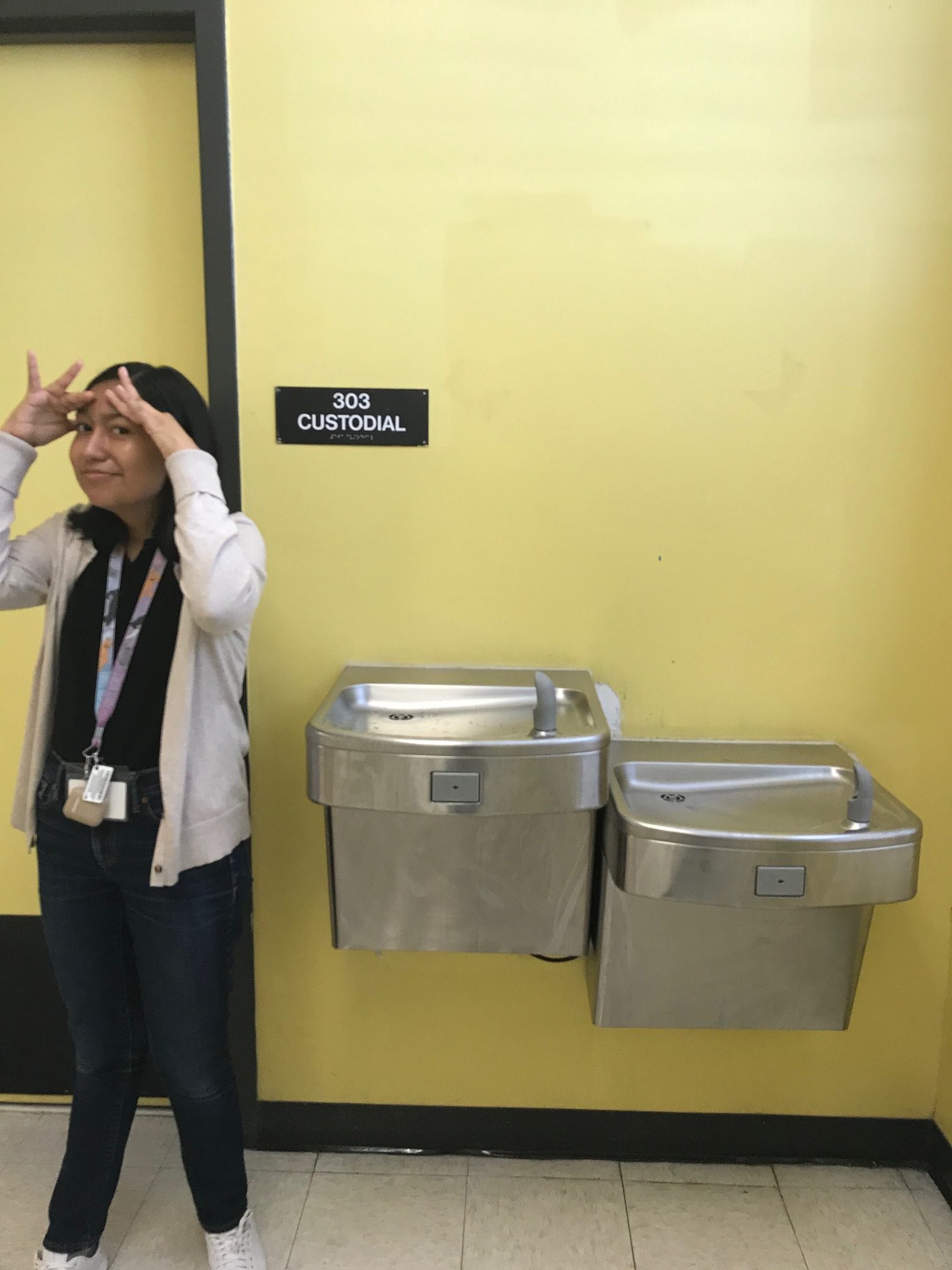 It’s not perfect, but it’s damn good. There was a hair on it, so we can’t give it a full 5 however, it’s definitely the best one we’ve tried. In fact it’s Mr. Sierra’s favorite too, “out of the two I’ve tried, that was the best one. It’s so close to me it’s the only one I really go to.”

4b. 3rd floor, Yellow Hallway, Main Building, next to the bathrooms

We didn’t get a picture with this fountain, but it’s a favorite of many. This fountain is solid, but it’s usually crowded and a little too close for comfort to the bathroom, making it a tight space. It’s just not as good as the fountain at the end of the hall.

We have declared 3rd floor, Yellow Hallway, Main Building, directly in front of the stairwell fountain as the BEST at Ferguson. Some may not agree with our sentiments, but after our diligent, serious reporting, we felt compelled to share our findings. Your favorite fountain may be in the 12 building, or the gym, but what’s most important is what unites us all: hating the 2nd floor 10 building water fountains.