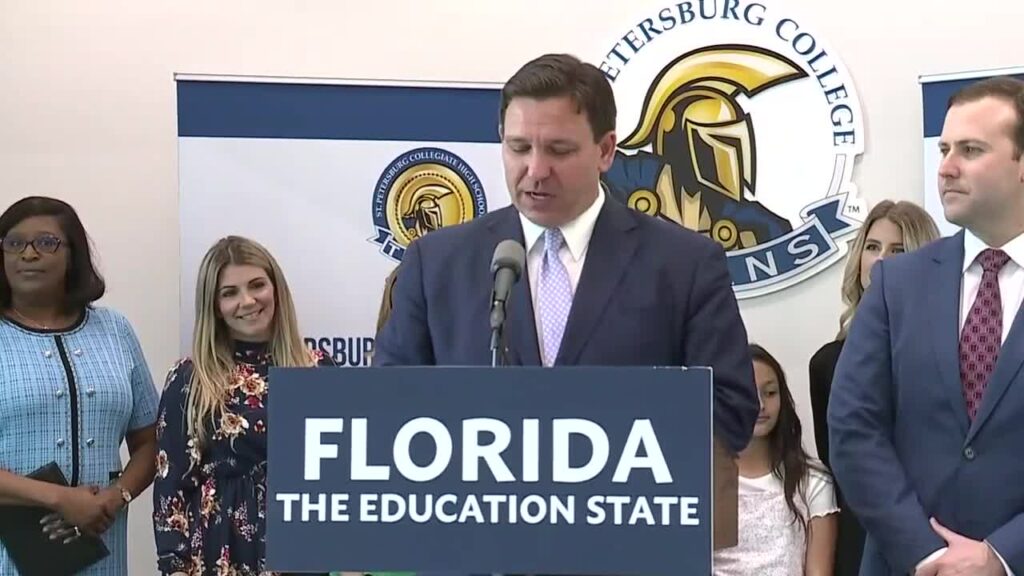 Testing has been commonplace for years, but the type of test will change every few years. For example, in 2015, the FSA, otherwise known as Florida Standards Assessment, replaced the FCAT. As of March 15, 2022, Governor Ron DeSantis announced that the FSA. would be eliminated and changed.

The FSA is going to change to an entirely new testing format. Instead of having one single, end-of-year test, which can take hours if not days, F.A.S.T. will replace the one test with three tests. Students will take three shorter tests during the school year that will only take a few hours. The first test is in the fall and works like a diagnostic, the second test in spring works like a midterm, and the third is at the end of the year. The purpose is to track a student’s personal growth as the year progresses and allows teachers to see what their students know and what they don’t know, enabling them to work on bettering their students in the weaker areas.

The timeline FAST is supposed to follow starts in 2021-2022, the last school year to participate in FSA testing. Therefore, during the 2022-2023 school year, the FSA will be eliminated, and it will be the first year that FAST testing commences. The following school year will allow for a new baseline of accountability to be established. The year after that, the 2023-2024 school year entails the return and following of the baseline established in its prior year.

The FSA followed the “Language Arts Florida Standards.” These standards are considered wordy, confusing, and at times lack a focus on things that could benefit students. In the past year, the “B.E.S.T. standard” has been created, and this is what the FAST follows.

The BEST standards are supposed to be clearer and more concise in terms of language and focus on tools students will need to learn earlier in their school careers rather than later on. An example of this is the introduction of rhetoric in sixth grade rather than ninth grade or the introduction of financial literacy in high school.

The updated form of testing was made for Florida students by Florida teachers rather than its predecessors, made by experts who make the national standard for national tests.

The concept of having to take tests three times a year rather than just one at the end of the year, like all things, has pros and cons.

As Language Arts Department Head Heidy Gonzalez said, “because many things sound good in theory, I’m going to reserve my judgment until I see it in practice. I keep trying to understand how three tests could be “less testing” than one, but maybe that’s just above my pay grade.

The test can benefit students who tend not to be the best test-takers because “this way students will not have to worry about memorizing and refreshing everything they learned about since the beginning of the year to prepare for their test. Taking the test in increments allows teachers to get results back and reinforce the areas where they feel students need help the most, allowing them to perform better each time,” stated junior Stephanie Ramirez.

But on the other hand, while the test is supposed to take pressure off students, three tests during the school year instead of simple, standardized testing in which students have to take one big test at the end of the year can add to one’s workload. As sophomore Hailey Sinanan said, “for the sake of the student’s mental health, the FSA is a better benefit considering students have time to prepare for it instead of overworking for three tests.”

The new system can either benefit a student or do the exact opposite. Testing puts a strain on everyone. Along with the regular curriculum, teachers need to accommodate review time, and students then have both homework and studying to do. While the three tests help lessen the studying needed and allow teachers to see the strengths and weaknesses of their students, testing is still stressful, and the new program leaves room for mixed feelings about its possible success.

”The test is meant to improve the way students are tested, and while it may sound good, we have yet to see it in action and won’t know its impact on students until then.