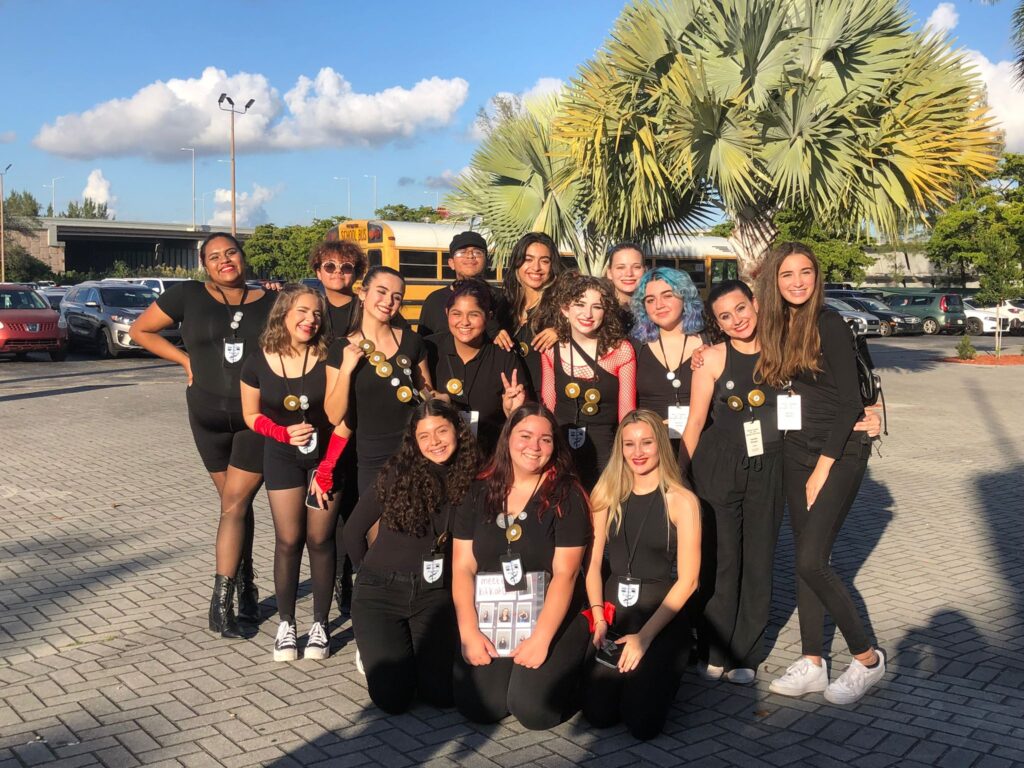 The International Thespians Honor Society allows students from all over the country to participate in festivals and compete with groups of thespians from a variety of middle and high schools. These festivals range from local competitions to the International Thespian Festival, which brings together thespians from schools all over the country for an annual week-long festival.

Ferguson’s Thespians, troupe 6822, performed marvelously at the district event. “We took 15-18 pieces and we received all superiors in excellence on those pieces, which is just the highest-ranking that you can get,” said club sponsor, Ms. Sanabria, in regards to the troupe’s performance at the district event. The troupe’s performances placed very well and Ms. Sanabria commented, “[the troupe] had 2 pieces that were actually like 1 point away from being a perfect score.”

The troupe is obviously very excited to be able to go on to the state event and it is safe to say they earned this opportunity through their hard work and diligence. “I feel so amazing and grateful about going to states… I am still so thankful to get the opportunity to get adjudicated,” said club president, Lauren Capote.

In theater, the connection between performers plays a big part in the outcome of the performance and the troupe here at Ferguson is made up of a very tight-knit group of people. “My favorite part of the club is the closeness of all the members,” said Lily Gleason, the club’s vice president. Also, Lauren Capote commented, “When I first joined the drama club, I was drawn to the close connection everyone had with each other. It felt like a family.”

The troupe’s bond can be attributed to their shared love for theater and performance but also the vast amount of time they spent together. Since induction into the International Thespians Honor Society relies on the collection of points through participation in Theatre Program activities while in Drama Club, most current Thespians meet back in their freshman year, when they were members of Drama club, and have known each other ever since.

All the Ferguson Thespians share a deep love for theater and performing, which is what drew them to join the Drama Club in the first place. Lily Gleason said, “I have always had an affinity for performing. I started drama when I was young doing church plays and I haven’t looked back since.”

The club is full of wonderfully talented students, who will surely steal the spotlight at the Statewide Individual Events. Break a leg, Thespians!