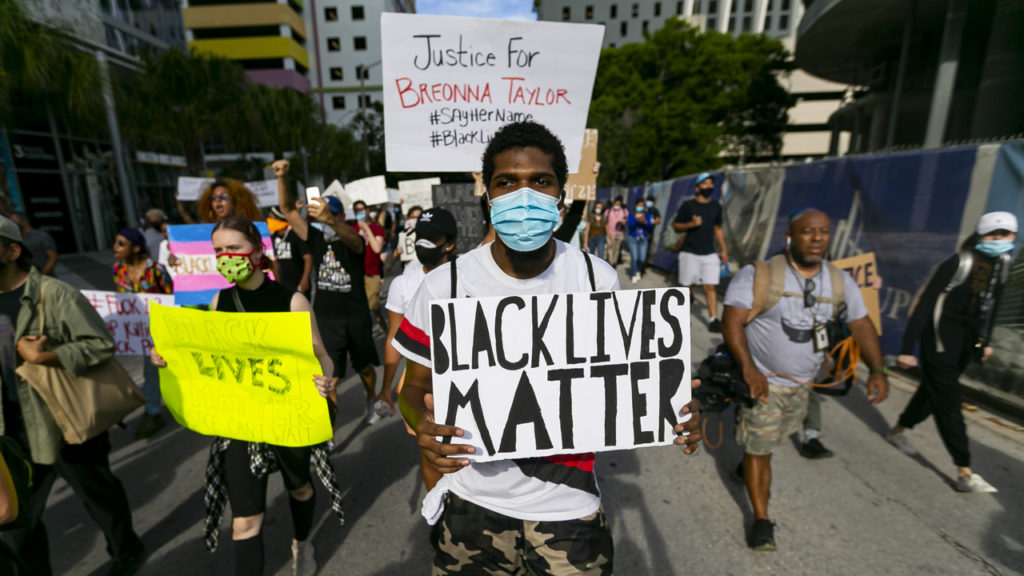 Amid a time of uncertainty and confusion with the emergence of COVID-19, the world was appalled when a 46-year-old Black man named George Floyd was murdered after being forced to the ground by an officer in Minneapolis. As a result of this inexcusable action, the nation, as well as other parts of the world, engaged in a series of protests to take a stand against police brutality and bring into focus the disproportionate policing of Black communities. This was the catalyst for a renewed public interest in the Black Lives Matter movement, which began after the death of Trayvon Martin in 2013. People sought to bring justice, not only to George Floyd, but all Black individuals who have been victim to systemic racism as a result of our institutions.

Despite the fact that most Americans agreed that Floyd’s murder was unjust, a chasm formed when the movement began to target the police. Many activists called for the defunding of police departments and the end of qualified immunity, which essentially protects police from civil suits. Consequently, in a politically diverse and complex community such as Miami, a stark divide formed between those who wish to uphold the standings of the police department and those who want to bring about systemic change.

Such divisions are clear in the predominantly Hispanic community of Miami, Florida. Among Cuban-Americans, most tend to take a more moderate to conservative approach towards the movement. For instance, Eliécer Ávila, who immigrated from Cuba into the United States, about two years ago, expressed to the Miami Herald that he was “in favor of demonstrations” but does not support that “extreme leftist groups have hijacked the outrage and channeled it to legitimize their agenda.”

Furthermore, Cuban music producer, Ariel Fernández, expressed to the Miami Herald how he believed that “you can be both supportive of the BlackLivesMatter movement and condemn vandalism.”

The individual perceptions towards the movement varies from person-to-person and tends to resemble the current political divides in the United States. For example, in the primary election in Miami-Dade County, which took place on August 18th, the State Attorney race was one that caught the attention of many. African-American criminal and civil rights attorney, Melba Pearson, challenged the 27-year incumbent, Katherine Fernandez-Rundle, who is Cuban-American. Rundle won re-election by a large margin despite the fact that she backed police unions and her track record raised concerns. If Pearson had won, she would have also become the first African-American State Attorney in Miami-Dade County.

Pearson’s loss may demonstrate how, despite the fact that this election occurred amid the Black Lives Matter protests, a significant portion of the electorate has a more moderate approach to the issue. This may be as a result of the way outlets covered the protests in Miami. Major Spanish-language news networks demonized protestors who vandalized, which are only a fraction of all BLM demonstrators. Rundle also had a large cash lead in this race. As of August 7th, she had raised nearly $600,000 while Pearson raised $162,779.

Despite all controversies, on November 5th, the road that leads to Dr. Michael K. Krop Senior High School, is now named “Trayvon Martin Avenue.” Martin, who was unarmed, was fatally shot by George Zimmerman in Central Florida while walking back from a convenience store in 2012. Zimmerman was acquitted under Florida’s controversial self-defense law.

The decision to rename this road was approved unanimously by the Miami-Dade County Commission, and after Floyd was murdered, numerous similar cases began to resurface such as Trayvon Martin’s, in which justice was not served. Martin’s mother, Sybrina Fulton, ran for a county commission seat earlier this year and lost by less than one percent.

“We live in America but there’s still some issues we have in the country that we need to overcome such as racism, such as racial profiling and things like that and just know that brighter days are coming,” said Fulton at the renaming event.

Even though the South Florida community has diverse political beliefs, the need for racial justice is a prominent issue that is agreed upon by many.